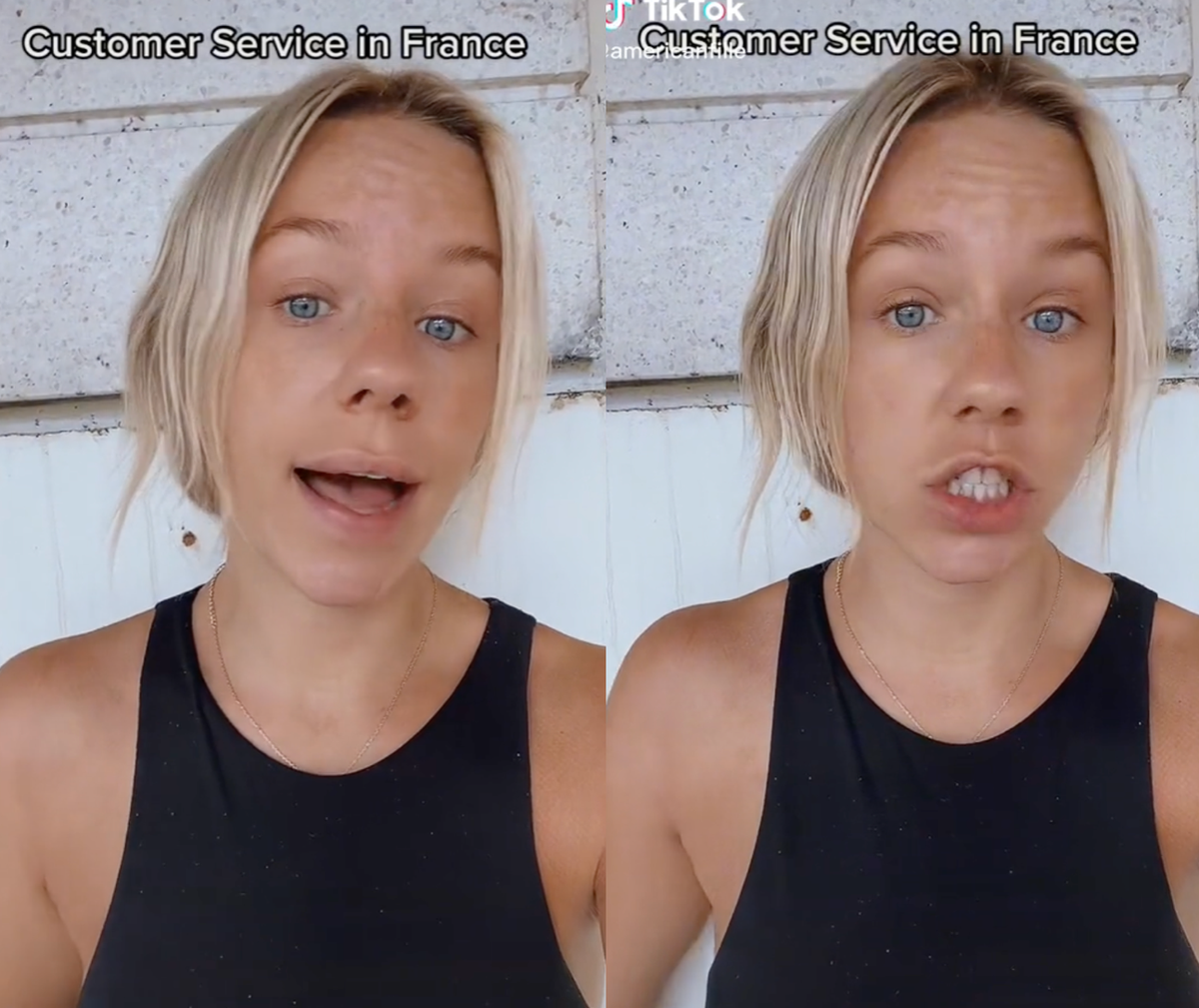 An American has sparked a debate after claiming that customer service representatives in France are “cold” while describing a recent experience she had trying to board a train.

On TikTok, Amanda Rollins frequently posts videos about her experiences as an American living in Paris. In a recent clip, Rollins said she “really didn’t understand” the customer service in France, before claiming that the workers in the country purposely choose to be the opposite of “helpful and kind”.

“Whenever there’s an opportunity to be kind, helpful, understanding, they choose the opposite.” she said, adding how one of the things she misses most about living in the US is the friendly “customer service”.

After noting the differences between French and American culture, and revealing that someone told her “arguing” was “a part of the French way,” Rollins went on to describe how a ticket collector on her train to Bordeaux was recently unkind to her.

According to Rollins, as she headed to her train, she paused for a couple minutes before getting her ticket scanned when the doors were “still open”. However, she said that, as she stepped onto the train, a man working there stopped her and told her she was “too late”.

However, she said that the ticket collector continued to tell her she was too late and that, after several minutes, she still wasn’t allowed to get on the train.

Rollins went on to note that this was the “first time in her life” that she even “missed a train,” prompting her to “immediately start crying”.

“I was so on time, today,” she explained. “It was a really good price, and I just could not believe this. This man sitting here looking at me, I’m literally crying, and he’s like: ‘Yeah, too bad.’ I’m not begging for sympathy or anything.”

The American went on to criticise the French ticket collector, adding: “He had every capability to let me on, there was plenty of time. And I think he just enjoyed saying no. In the US, they would’ve done everything possible to let me get on.”

As of 14 September, Rollins’ clip has more than 147,000 views, with TikTok users weighing in on the TikToker’s claim.

“As a French person, I am also tired of it. Can’t stand it,” one person wrote.

“Customer service might not matter to some people but it is the saving grace for so many lonely people. It matters,” another wrote.

A third person claimed: “When a French person says ‘he’s kind man’ (c’est un gentil) he means ‘he’s simpleminded.’ That tells how kindness is perceived there: as a weakness.”

On the other hand, some TikTok users noted that individuals who work in customer service aren’t required to be nice and that Rollins shouldn’t have expected employees working in France to be similar to Americans.

“They choose reality. American customer service has gone SO FAR overboard that we now all suffer because that’s what everyone expects,” one viewer claimed.

“Cultural difference – you can’t expect everywhere to be the same as where you came from,” another person wrote.

A third person added: “But on the flip side I hate American service, like leave me alone…I’m not there to make small talk, I’m there to find a dress that only I know I like.”

Speaking to The Independent, Rollins addressed how she has had multiple experiences in Paris when a customer service representative was “being rude and unhelpful, compared to the US”.

“In a store if you are trying to check out or placing an order at a coffee shop, the worker will continue an entire conversation with a coworker before addressing you,” she said. “You can be standing there waiting to order and the person will keep talking and laughing with a colleague for like five minutes while you literally just stand there.”

“Its also very common for service workers to yell at you,” she continued. “I got horrible highlights once and when I came back to ask for them to be fixed, she told me it is my fault and she is not going to redo it,” she said. “This is common for any service.”