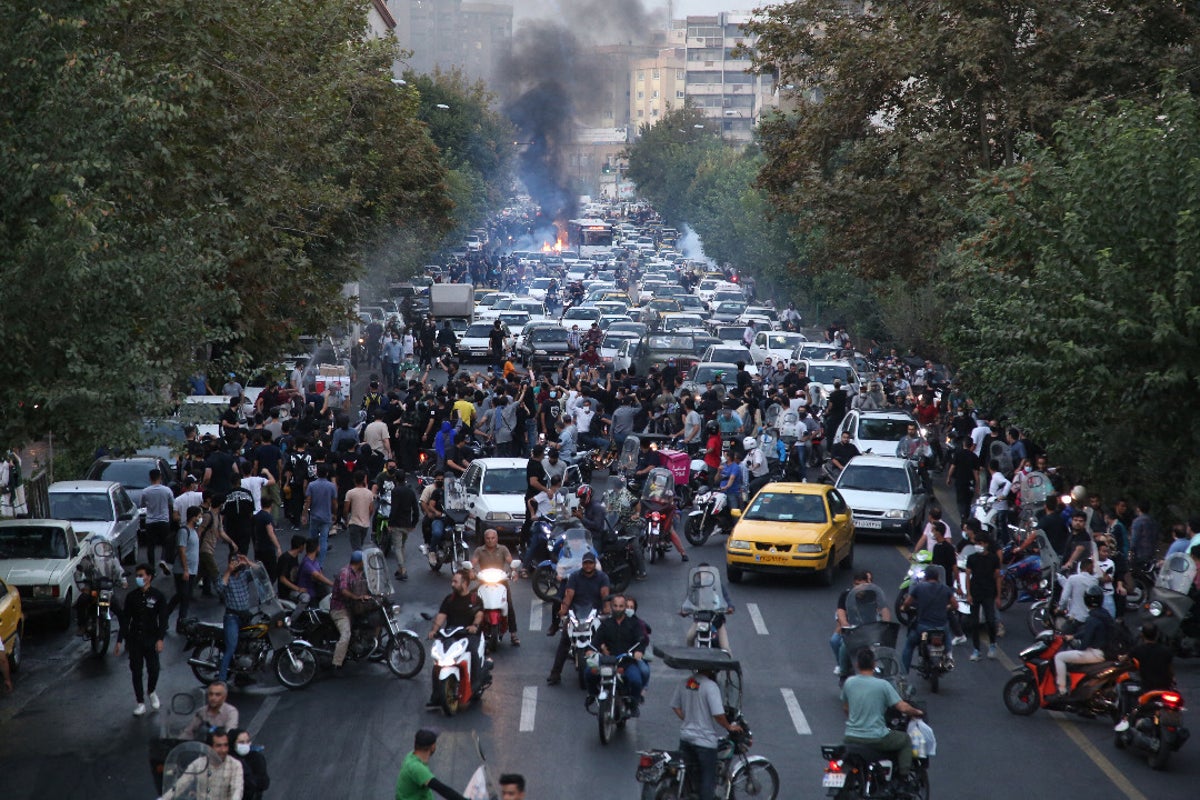 Anonymous has hacked thousands of security cameras in Iran in support of widespread protests in the country, the collective has claimed.

The latest action follows cyberattacks on government websites and state TV channels this week as part of #OpIran, which has come in response to the death of Mahsa Amini.

The 22-year-old woman died after being taken into custody by the country’s morality police, who had accused her of violating Iran’s strict Islamic dress code by wearing her headscarf too loosely.

Her death prompted protests in towns and cities across Iran, with some women publicly removing and burning their mandatory headscarfs.

Online activists claiming to be part of Anonymous have also organised online, coordinating their efforts to disprupt state-run media and infiltrate security infrastructure.

More than 2,000 CCTV and web-connected security cameras in Iran were reportedly compromised by exploiting Internet of Things (IoT) security vulnerabilities.

“We hear the calls of the Iranian people,” a popular Anonymous-affiliated account tweeted on Thursday.

Earlier this week, a separate Anonymous-affiliated Twitter account posted a video announcing the latest operation against the “dictatorial Iranian government”.

The #OpIran hashtag trended globally on the platform shortly after the video was posted, as users called for solidarity with those protesting against Ms Amini’s death.

“The Iranian people are not alone,” the video stated. “Anonymous will not keep the Iranian government alive on the internet as long as they fight the dictatorial rule and fight the murderous cops.

“Now Anonymous will shut you down and your own people will remove you from power. It’s too late for ‘expect us’; We are here.”

There have been reports of violent crackdowns on the protests, with human rights groups saying that at least 36 people have died.

Ebrahim Raisi, the president of Iran, said at a news conference on Thursday in New York, where he was attending the UN general assembly, that “acts of chaos” would not be tolerated.

He also said that Ms Amini’s death and the actions of the morality police “must certainly be investigated”.