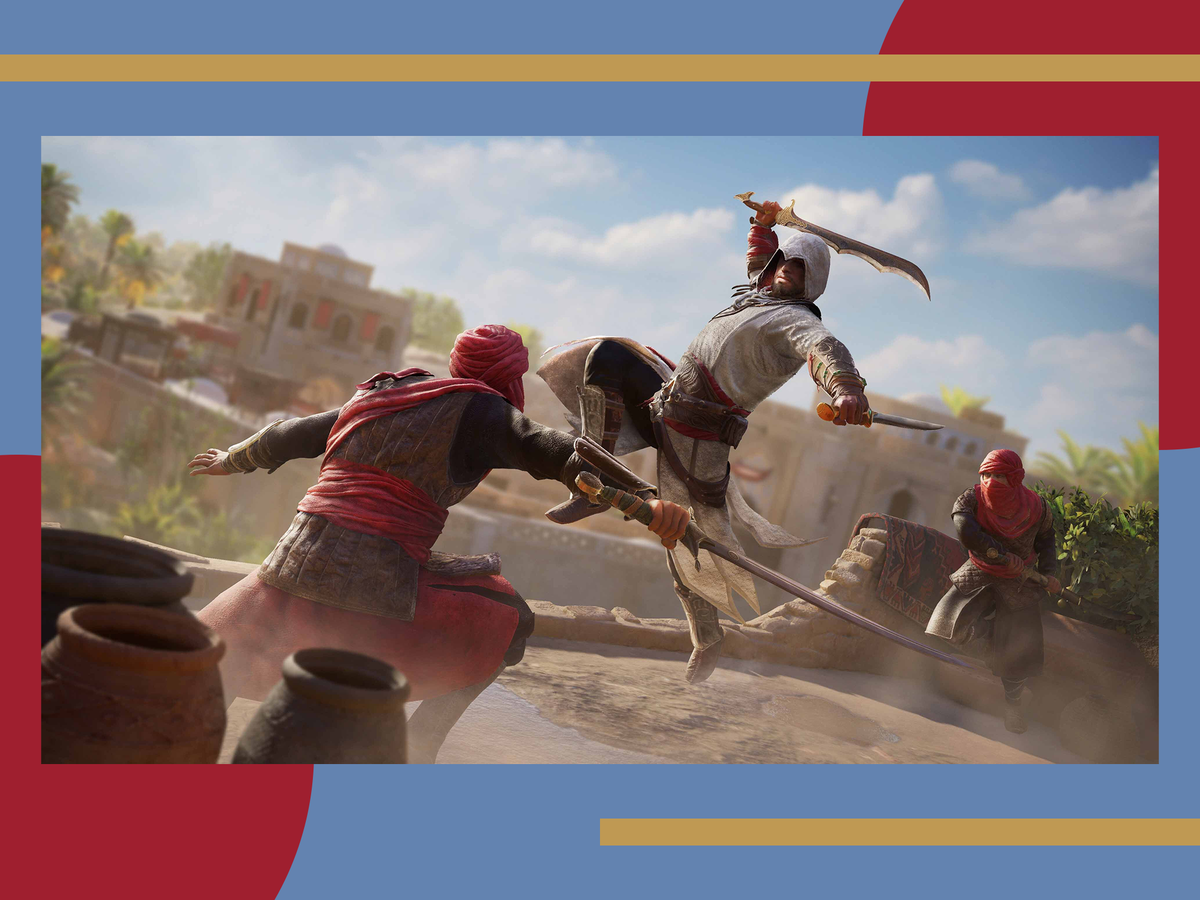 The next title in the Assassin’s Creed series has finally been announced and it looks set to return to the series’ action-adventure roots, after an extended stint as a role-playing game.

Assassin’s Creed Mirage was officially announced by the publisher at the Ubisoft Forward event on 10 September (along with a whole suite of other upcoming games in the series) and is scheduled for release next year.

While no gameplay was revealed, viewers were treated to a dramatic CGI trailer that confirmed Basim Ibn Ishaq will be returning as the protagonist – the game is set 20 years before Basim’s appearance in the previous title, Valhalla.

While smaller in scope than recent titles, Mirage will primarily take place in Baghdad, and will see a large, vibrant city broken down into four core sections, including the industrial district of Karkh and the lush gardens of the round city.

If you want to find out where to get the best deal on Assassin’s Creed Mirage and how to purchase the collector’s edition, keep reading the rest of the article below.

While most new PlayStation 5 and Xbox series X releases are priced somewhere between £60 and £70, Mirage has been confirmed to start at £44.99, which would indicate the next entry will be much smaller in scale. During the Ubisoft Forward event, developers confirmed this would be a more streamlined and linear experience, compared with recent games in the series. Pre-orders for the game will also include additional content for Mirage, titled the “Forty Thieves” quest.

Right now, the best pre-order deal for Assassin’s Creed Mirage is at Game, with the deluxe edition priced at £5 more than the standard edition of the game. The deluxe edition includes a Prince of Persia inspired in-game outfit as well as a digital artbook and soundtrack.

The collector’s edition of Assassin’s Creed Mirage includes all the digital bonuses available in the deluxe edition of the game as well as some more tangible extras, namely a 32cm statue of the game’s protagonist, Basim.

As well as the statue, the collector’s edition also includes a replica of Basim’s brooch, an exclusive steelbook (design to be elected by fans), a mini-artbook, a map of Baghdad (as it appears in the game, we presume), and a selected soundtrack of the game.

Want to know what other Assassin’s Creed games are on the horizon? Read everything we saw at the Ubisoft Forward event