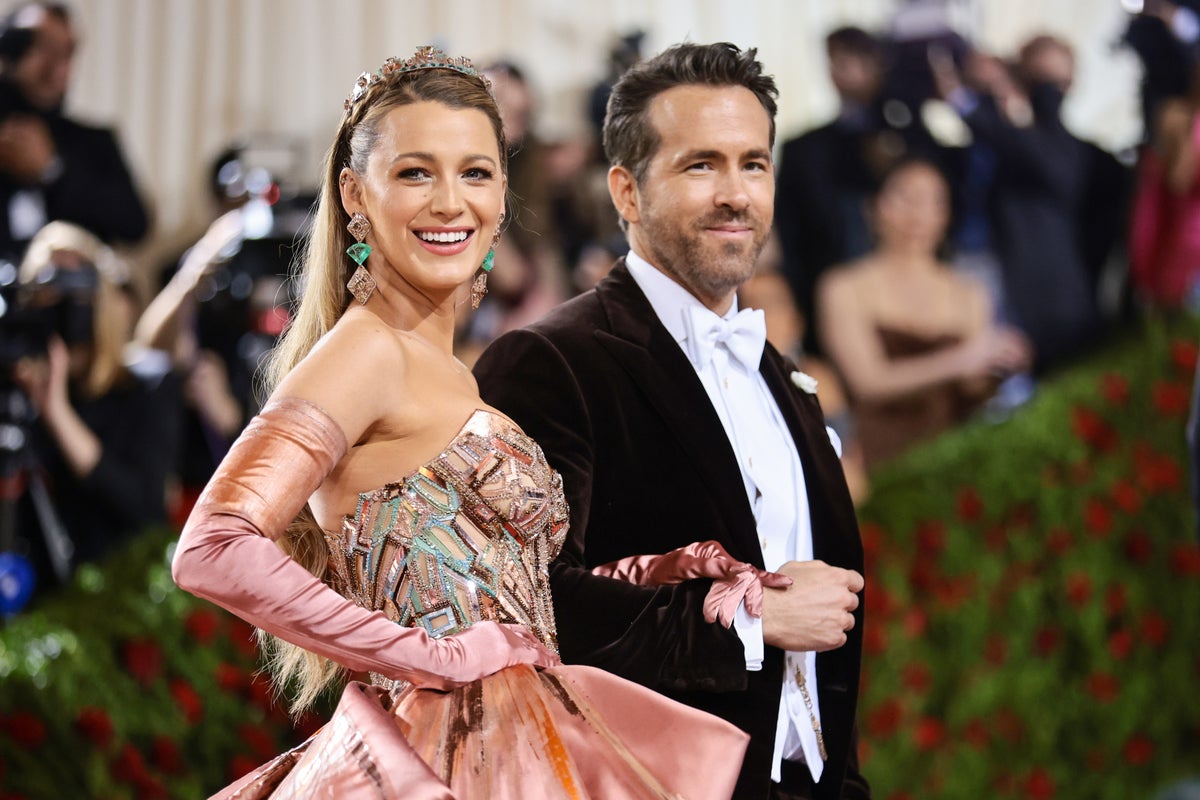 Blake Lively has revealed that she is pregnant with her and Ryan Reynolds’ fourth child.

The Gossip Girl star, 35, shared the news that she and her husband are expanding their family once again while attending the Forbes Power Women’s Summit on Thursday, where she debuted her pregnant stomach.

For the 10th annual event, where she is being honoured, Lively wore a sheer, gold sequin-encrusted mini dress, which she paired with a pale gold ribbon headband, hoops and cream platform heels.

During her appearance at the summit, Lively referenced her and Reynolds’ growing family when she said: “I just like to create. Whether that’s baking or storytelling or businesses or humans, I just really like creating,” according to E! News.

Lively and Reynolds, who have been married since 2012, are already parents to three daughters, James, seven, Inez, five, and Betty, three.

The A Simple Favor star’s red carpet reveal comes after she chose to share the news of her third pregnancy in a similar fashion in 2019, when she debuted her pregnant stomach at the premiere of Reynolds’s film Detective Pikachu.