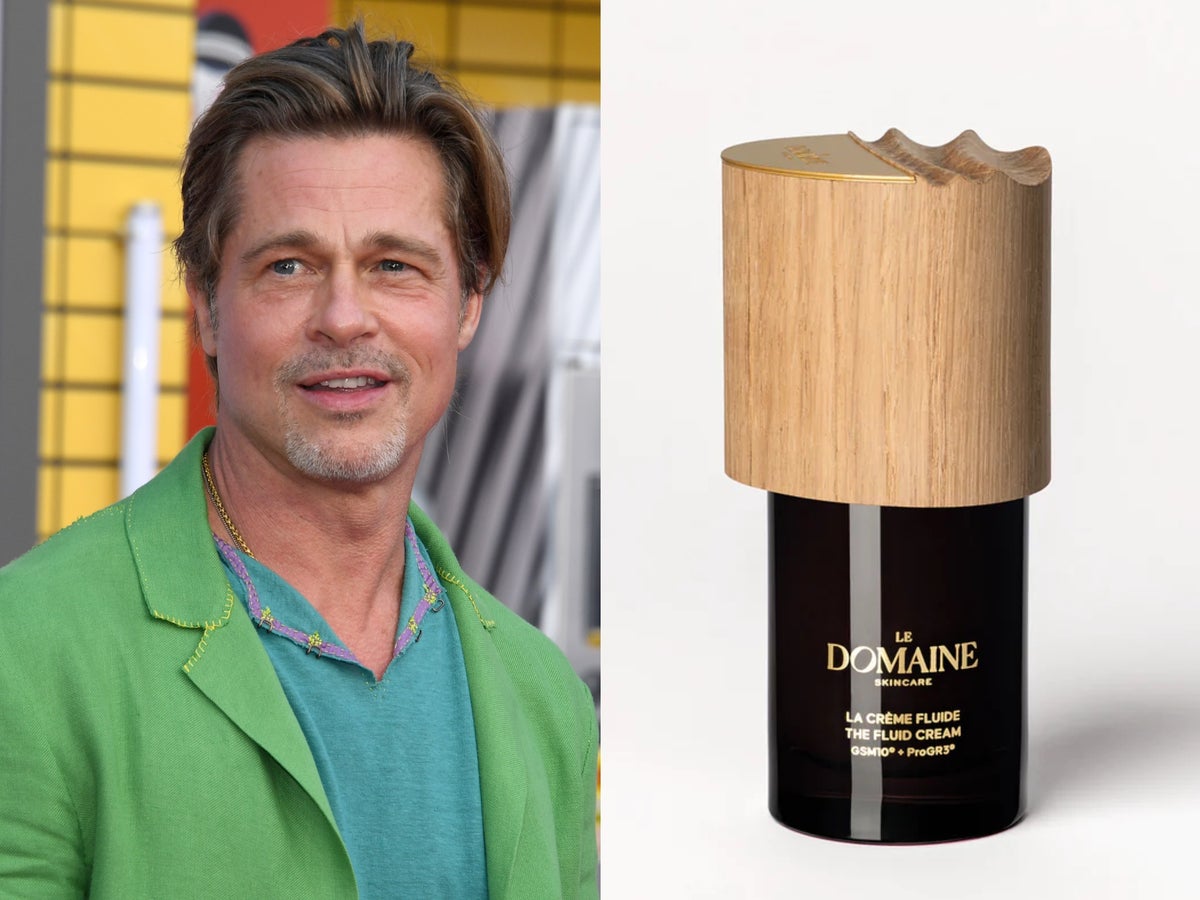 The Bullet Train star’s line consists of four products that come in recyclable bottles and jars, with prices ranging from £60 to £290.

According to Le Domaine, its products – a cleansing emulsion, two types of cream and a serum – are created with 96 to 99 per cent “natural origin” ingredients and are vegan.

It has a “very strict blacklist” of ingredients that “are subject to controversy regarding the environment or the natural balance of your body”, such as parabens, silicones, microplastics, or synthetic oils.

Le Domaine products are made in France using grapes from Chateau Miraval, the vineyard that Pitt bought with his ex-wife Angelina Jolie in 2012.

Scientists who worked on Pitt’s skincare range focused on grape-based antioxidants and developed an “exclusive molecule” called GSM10 that is present in the products.

Sustainability is also a priority in the range, with caps on Le Domaine’s refillable bottles upcycled from old wine casks.

Pitt unveiled his skincare range exclusively through US Vogue on Wednesday (21 September).

He told the magazine that he would not have launched the brand “unless we felt there was something valid here, something original, something that worked”.

“I get sent stuff all the time and… ugh,” the Fight Club star added. “But last year we have been testing Le Domaine and I was really surprised by the results and that, for me, made it worth going forward.”

Elsewhere in his interview, Pitt revealed he has a “little, simple regimen” for his own skincare and that he rarely gets facials because he gets “antsy”.

Asked why it was important to make Le Domaine a genderless brand, Pitt replied: “I don’t know if it’s just that I believe in being all-inclusive as much as possible? Or maybe it’s about us guys needing help from others in understanding how we can treat our skin better?

“We kept the smell very neutral, very fresh, and very, very subtle. I mean, I’m the kind of person who will change hotel rooms if I can smell the cologne of the last person who stayed there! It’s too much! It’s too strong! Keep it subtle. Let people come to you.”

The 1,300-acre Miraval vineyard was purchased by Pitt and Jolie while they were still married, but the Maleficent star filed for divorce in 2016 after five years of marriage.

The estate was at the centre of a divorce dispute between Pitt and Jolie last year after the former sued his ex-wife for selling her stake in the property without offering him the chance to buy it first.

Earlier this month, a company founded by Jolie filed a US$250m (£217m) lawsuit against Pitt, alleging that he attempted to “seize control” of the estate “in retaliation” for the “divorce and custody proceedings”.