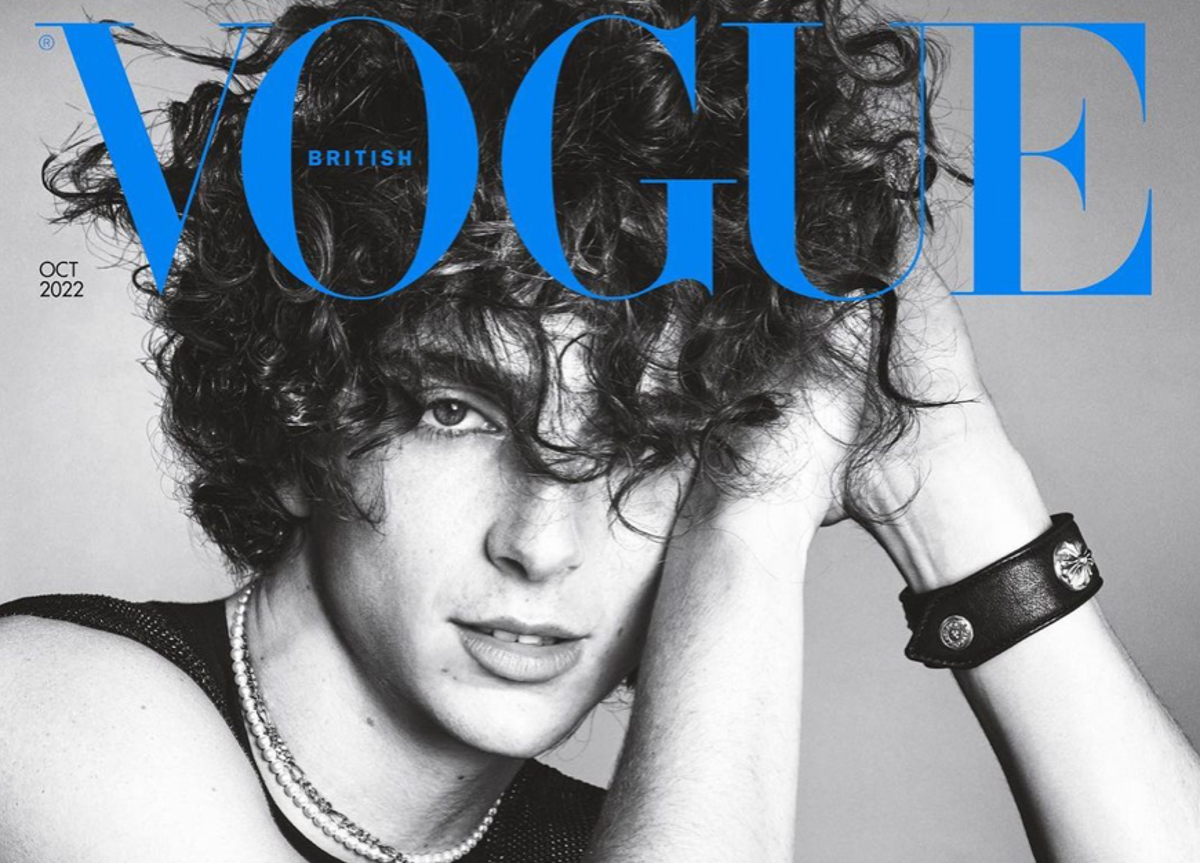 Timothée Chalamet has become the first man to appear solo on the cover of British Vogue‘s print edition, an honour he told the outlet felt “extraordinary” and “weird”.

The Little Women star, 26, appeared alone on the print cover of the fashion magazine, a first in its 106-year history, for the outlet’s October issue, for which he was styled by editor-in-chief Edward Enninful.

In the accompanying interview, Chalamet discussed the idea that he is the “captain” of his “fate,” as well the realisation that he had to do “real adulting” when Covid hit.

“When Covid hit, it required me to take a step back and be humbled to the idea that the greatest rock star…No, I don’t want to use that word, sorry, sorry. Scratch rock star. But [everyone has to] deal with, like, taxes and the dentist and real adulting, you know? I should have been trying to get my adult feet under myself a little bit earlier than I did,” the actor said, claiming that he had had to transition to an “adulting mindset”.

“I’ve always paid my taxes, I always went to the dentist, but I’m suddenly very aware of that,” he added.

As he gets older, Chalamet said he’d also like to learn how to cook, as he admitted that he only knows how to make deviled eggs. “As I adultify that’d be a good thing to get good at,” he said.

However, despite coming to terms with the realities of adulthood, Chalamet told Vogue that he feels he was born with an “old man perspective”. According to the Wonka star, this belief stems from “the empath thing, the thinking for everyone in the room, the sort of misplaced idea, this sort of illusion, of control based on trying to feel for everyone”.

Elsewhere in the interview, Chalamet was asked about his romantic life, and whether he sees fatherhood in his future, a question that prompted the actor to respond: “You know what, I’m going to get back to you on that.”

In the feature, the 26 year old also had minimal to say about his history-making cover, except that he didn’t want to make a “statement”.

“The nature of the world now, you know… It felt right to not make it too statement-y,” he said.

However, the actor was slightly more excited about the opportunity in an accompanying video with Enninful, in which he said it was both “extraordinary” and “weird” after he was asked how it feels by the Vogue editor to be the first solo man on the cover.

“Extraordinary, man. Thank you. And weird. Just an honour. Seeing interviews of Rihanna before, or Billie Eilish or Lady Gaga or whoever, it’s you know…” Chalamet said.

As for why Enninful chose the Dune star for the cover, he noted that Chalamet represents the “zeitgeist,” with the editor telling the actor that, when people look back in 10 or 20 years time, they will see that “these were the people who represented that time”.

“It’s that easy, it’s that simple,” he continued, to which Chalamet added: “Wow.”

While the actor earned praise for the cover on social media, others noted that, while Chalamet is the first solo man to cover the print edition of British Vogue, Zayn Malik became the first man to ever appear solo on the cover in “any medium” when he was featured in the outlet’s digital December 2018 issue.

“Waiting for the day people stop acting like Zayn doesn’t f***ing exist,” one person tweeted, while another said: “Just straight up lying, Zayn already did this in 2018.”

Someone else wrote: “No offence to Timothee but I think @zaynmalik was the FIRST male on a British Vogue cover of any medium, no? Check your facts again LOL.”

British Vogue confirmed that Malik was the first in a 2021 feature documenting the outlet’s 105 years on newsstands, where it stated: “Malik – photographed by Scott Trindle and styled by Clare Richardson – also became the first man to appear solo on a British Vogue cover of any medium.”