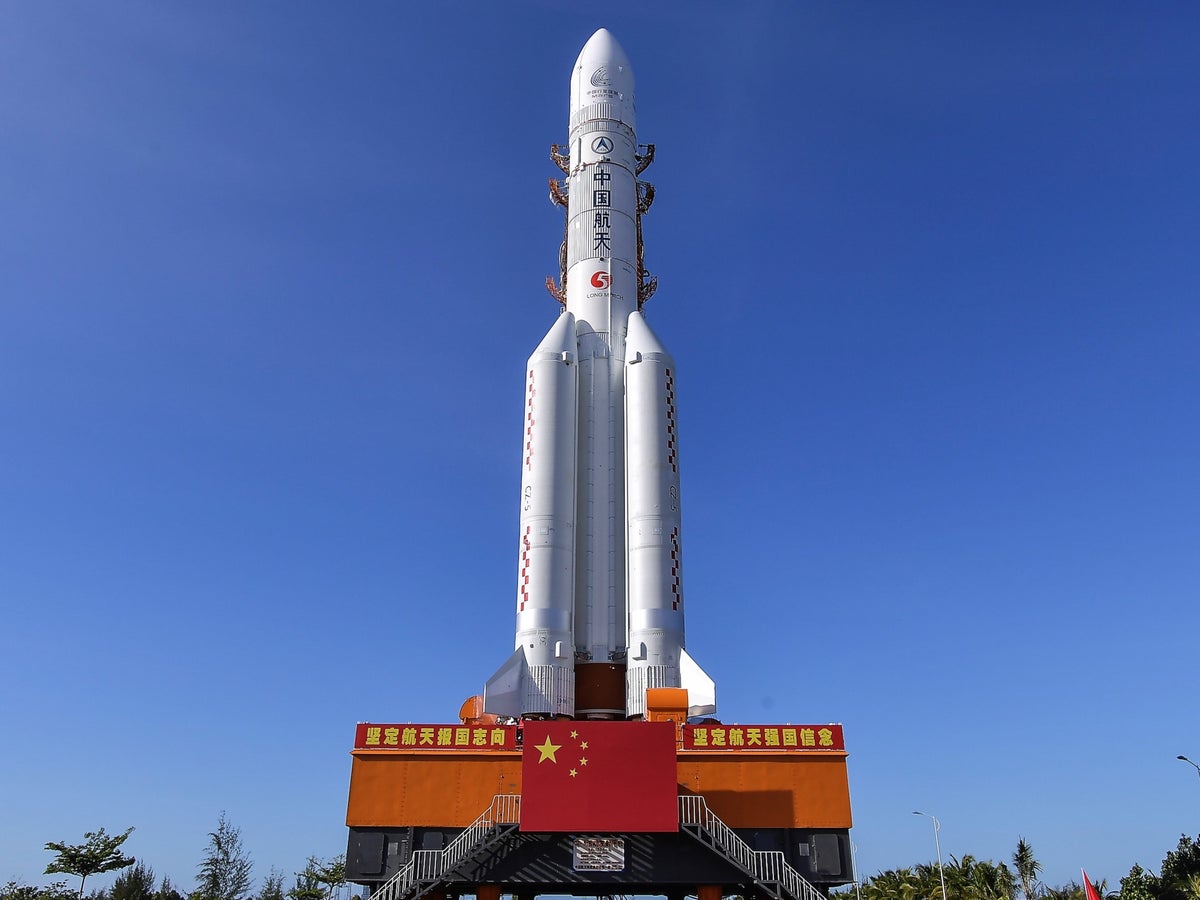 China is planning three new missions to the Moon after discovering a mineral in lunar samples that could be used as an energy source.

Beijing’s National Space Administration announced over the weekend that three uncrewed orbiters will be launched over the next decade as part of an acceleration of its space program.

The Chinese space agency made the announcement just one day after state media announced the discovery of Changesite-(Y), a phosphate mineral containing helium-3 that could prove to be a valuable lunar resource.

It is the sixth new mineral to be found by humans on the Moon, and makes China the third country behind the US and Russia to make such a discovery.

The sample in which Changesite-(Y) was found came from China’s Chang-e-5 mission in 2020, which retrieved rock and dust from the Moon’s surface.

China already has an ambitious space program that rivals the goal of Nasa of returning humans to the surface of the Moon.

Last week, the China Aerospace Science and Technology Corpporation (CASC) performed a ground test of a new rocket engine that will be used for future lunar and Mars missions, describing it as a “complete success”.

CASC claimed that it was the world’s largest test of its kind, with more than twice the thruse of the rocket engines used by the US space agency for its Artemis missions.

The first application of the 25-ton engine system will likely be within the Long March-9 super-heavy rocket currently under development, slated to launch in either 2028 or 2029.

As China looks to accelerate its lunar missions, the US has been forced to delay its much-anticipated Artemis-1 launch after suffering a series of setbacks on the launchpad.

Nasa is now looking to perform the first flight of its moon rocket, called the Space Launch System (SLS), on 23 September, with a backup date in place for 27 September.