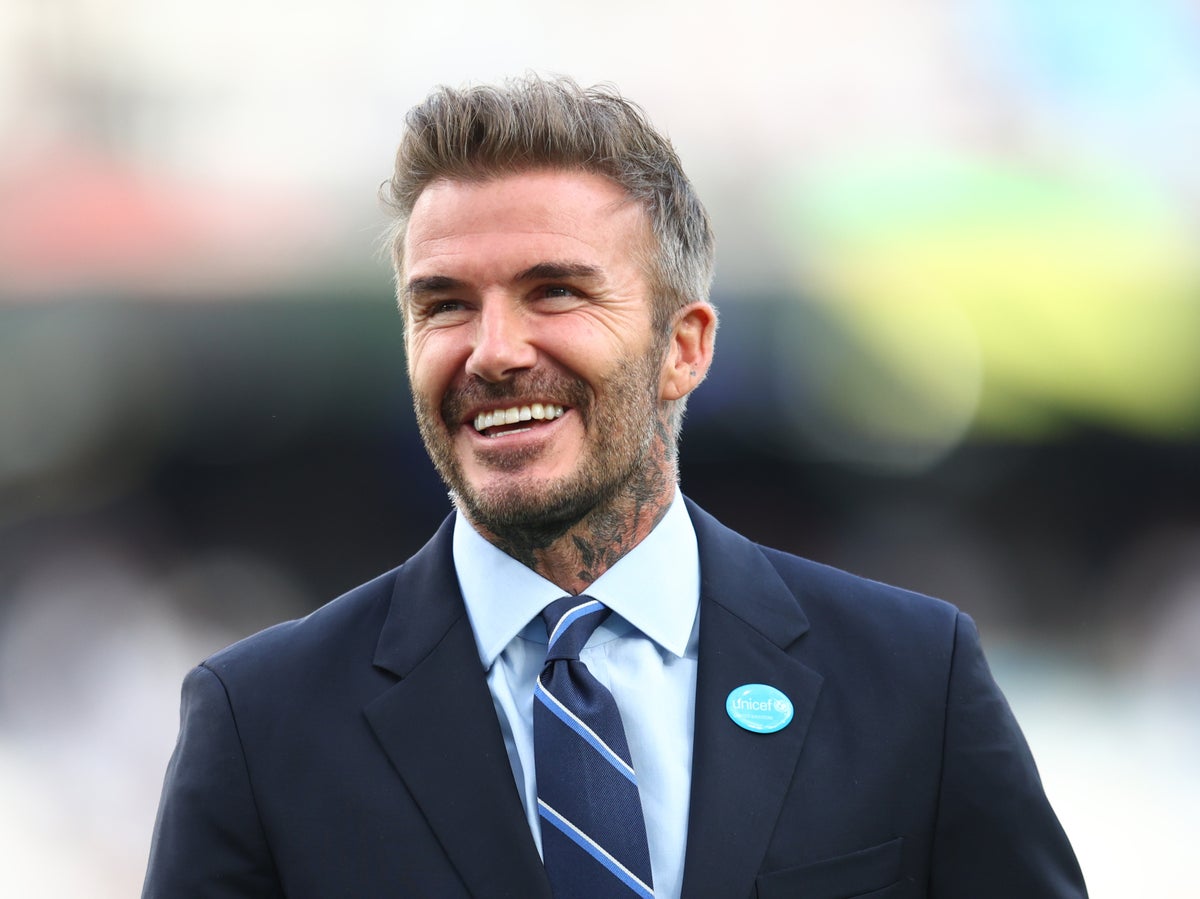 David Beckham has been spotted waiting in the queue to view Queen Elizabeth II lying in state.

The 47-year-old soccer star was seen by mourners wearing a black flat cap, suit, and matching black tie as he reportedly waited for 12 hours to pay his respects to the Queen. According to fellow well-wishers in line, Beckham had joined the queue at 2am and was only just spotted as he neared Westminster Hall.

Many fans and mourners alike took to social media to share pictures and videos of Beckham waiting in line to pay his respects to the late monarch.

“David Beckham has been spotted lining up in the queue,” wrote one Twitter user.

In one viral clip, which was taken by BBC News reporter Tanya Hines, Beckham had neared Victoria Tower Gardens when one fan asked to take a picture with the star. The retired soccer player declined, explaining, “Sorry I can’t hold the line up.”

Another fan was able to quickly snap a selfie with Beckham as he passed him in the queue. “We come to pay my respects to The Queen and just before we go in we get to meet the handsome Mr Beckham,” tweeted writer Christopher Anstee.

Others praised the father of four for waiting nearly 12 hours in the queue, just like everybody else who wished to view the Queen’s coffin lying in state.

“David Beckham queueing 12 hours to pay respects to the Queen – further proof that he is, fundementally, one of life’s good guys,” said one person.

“I can’t believe David Beckham is in the queue and has done the full 12 hours like everyone else,” another user wrote. “Just all casual while wearing a flat-cap and being photographed by fellow queuers the entire time.”

The entrance to Southwark Park reopened on Friday, despite an announcement from the Department for Culture, Media and Sport that said the line would be closed off for at least six hours to manage capacity.

Although the line was paused due to full capacity, a second queue began to form outside the park along Jamaica Road, causing attendants to eventually reopen the gate.

Many famous faces have also paid their respects to the Queen. New Zealand’s prime minister Jacinda Ardern, who will attend the Queen’s funeral on Monday, was seen at Westminster Hall on Friday where she viewed the late monarch’s coffin.

Good Morning Britain presenter Susanna Reid also queued to get into the Palace of Westminster, saying she went to view the Queen’s coffin with her mother.

Westminster Hall will remain open 24 hours a day to allow thousands of members of the public to pay their respects, until 6.30am on the day of the Queen’s funeral, Monday 19 September. From there, the Queen’s coffin will be taken in a grand military procession from the Palace of Westminster to Westminster Abbey for the funeral. The procession will also be joined by senior members of the family and military personnel.

The state funeral service at Westminster Abbey will be attended by presidents, prime ministers, and royals from around the world. The service, which starts at 11am, will also be televised.

After the service, the coffin will be taken in procession from Westminster Abbey to Wellington Arch and then travel to Windsor. Once in Windsor, the hearse will travel to St George’s Chapel at Windsor Castle for another televised committal service.

Later in the evening, there will also be a private interment service with senior members of the royal family.

The Queen’s final resting place will be the King George VI memorial chapel, an annex to the main chapel – where her mother and father were buried, along with the ashes of her sister, Princess Margaret.