HomeTechnologyGoogle searches for ‘How long is the queue now?’ spike by more...
Technology

Google searches for ‘How long is the queue now?’ spike by more than 2,000% in UK 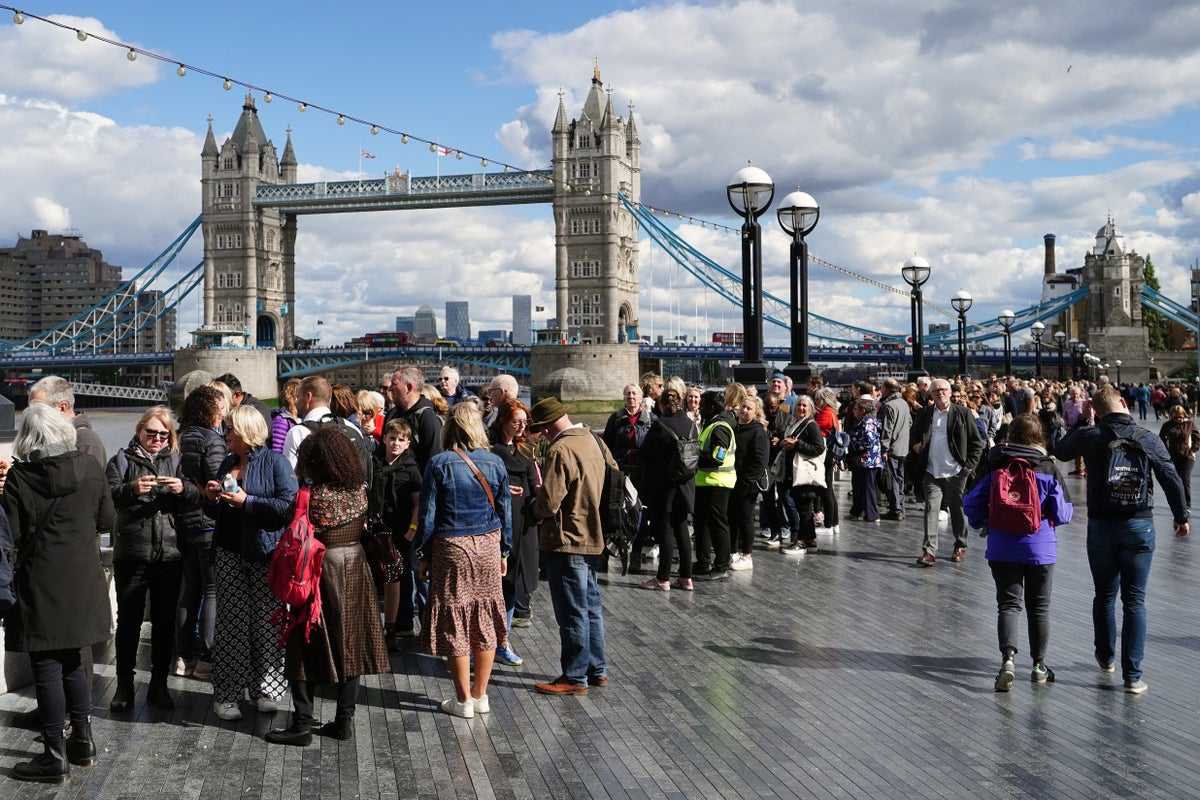 UK searches for how long the queue is to see the Queen lying in state have spiked by more than 2,000%, according to new data from Google Trends.

Thousands have joined the public queue to pay their respects in front of the Queen’s coffin at Westminster Hall, even prompting a brief 40-minute pause when it hit full capacity and an official estimate for the queuing time reached at least 14 hours on Friday.

Many have taken to Google to inquire about the queue length as the search engine revealed that searches for “How long is the queue now?” skyrocketed by +2,220% in the 24 hours from Thursday to Friday.

The queue also topped the trending searches from the last week – meaning it had the highest spike in traffic in that time compared with the previous week – with “Queue for lying in state”.

“Who is the Queen’s piper?” took second place in trending questions from the last 24 hours as Pipe Major Paul Burns will play Reveille, the national anthem and a lament, at the Queen’s state funeral beginning at 11am on September 19 in Westminster Abbey.

In third and fourth place were “How many people have been to see the Queen lying in state?” and “How old was (the) Queen when she met Philip?”

Philip was 13 and the Queen eight when they both attended the 1934 wedding of Philip’s cousin Princess Marina, later Duchess of Kent, and Elizabeth’s uncle, Prince George, Duke of Kent.

“How many people will see the Queen?” was the fifth top trending question from users inquiring about the queue at Westminster Hall over the last day.

The most searched question in the week since the Queen died, referring to those ranked highest by search volume since September 8, is “When is the Queen’s funeral?”

This is followed by “Where will the Queen be buried?” and “Is the Queen’s funeral a bank holiday?”

Fourth and fifth most searched questions are “Where will the Queen’s funeral be?” and “Will the Queen have an open coffin?”

The Queen’s final resting place will be the King George VI memorial chapel at Windsor Castle after her funeral, which is a bank holiday in the UK.

Here are the top trending questions related to Queen Elizabeth II from the past 24 hours in the UK in full.

Here are the top or most searched questions on Queen Elizabeth II from the past week in the UK in full.