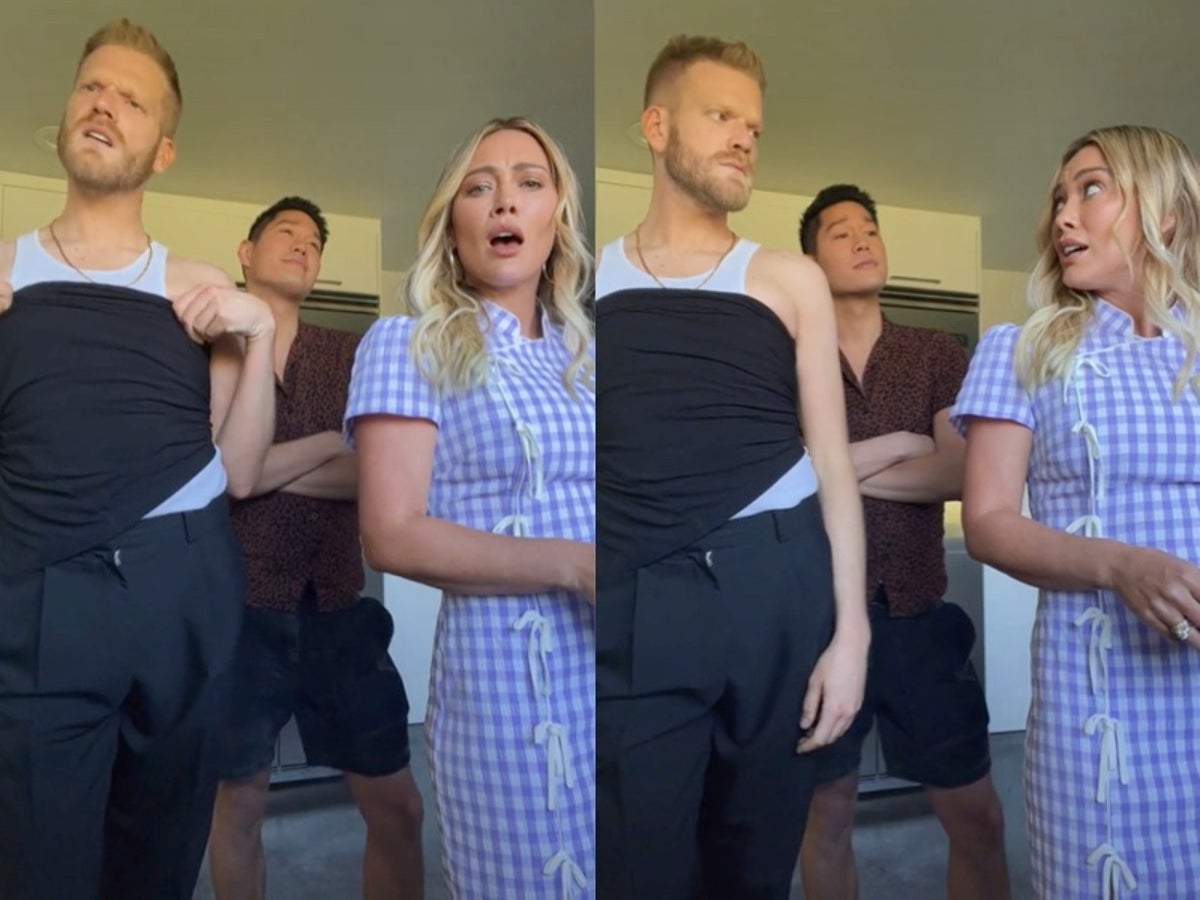 Back in 2008, the Lizzie McGuire actor starred in the “Think Before You Speak” PSA, in which she spoke out against using the word “gay” in a derogatory way. Duff originally filmed the ad for the Gay, Lesbian, and Straight Education Network’s (GLSEN) campaign to inform others on the use of the phrase.

Now, the “Come Clean” singer has paid tribute to the beloved commercial by recreating it with Pentatonix member Scott Hoying and his fiancé, Mark Manio. In the TikTok posted on Thursday, Hoying and Manio assumed the roles formerly played by the teen girls in the original campaign, as they lip-synced over the PSA audio.

“Do you like this top?” Hoying asks at the beginning of the video. Manio replies, “It’s so gay. Yeah, it’s totally gay.”

“You know, you really shouldn’t say that,” she said, dubbing over her original lines.

Duff continues: “Well, saying that something’s gay when you mean it’s bad, it’s insulting. What if every time something was bad, everybody said, ‘That’s so girl wearing a skirt as a top.’”

“Those are cute jeans though,” she adds.

Speaking to viewers, Duff then says: “When you say, ‘That’s so gay,’ do you realise what you say? Knock it off.”

Hilary Duff posted the recreation to her TikTok page, where it received more than 365k views. “@Scott Hoying & @markmanio410 tying the shirt on as a skirt/top made me say yes,” she captioned the post, alongside a crying laughing emoji. “Also 14 years later – still holds up.”

TikTokers instantly took to the comments section to praise Duff for recreating the PSA, and shared how much the original commercial meant to them during a time when being gay wasn’t as widely accepted as it is now.

“Hilary Duff is literally the perfect human,” one person commented.

“​​One of the first celebrities I felt like had my back!” another user said.

“This commercial has lived in my head rent free for years,” said a third person.

One TikToker explained that they “stopped saying” the word “gay” because of the 2008 advertisement, while another user wrote: “A literal ICON she did this commercial when it could’ve been not so great for her career.”

While the PSA has achieved viral meme status over the years, the How I Met Your Father star recently shared how much the LGBTQ+ community has meant to her over the years. Speaking to the Gay Times earlier this year, Duff explained that she “owes the community everything” for her career success.

Duff added that the LGBTQ+ community has been “so vocal for my career, being there since Lizzie,” she said, referencing the Disney Channel character that made her a household name.

“Lizzie really hit at a time where they were forming who they were, and for whatever reason they felt like she was a safe space or I was a safe space to be right there along with it, confide in or be a friend to. And for that I’m extremely grateful.”