HomeDesignHow much should you involve children in funerals?
Design

How much should you involve children in funerals? 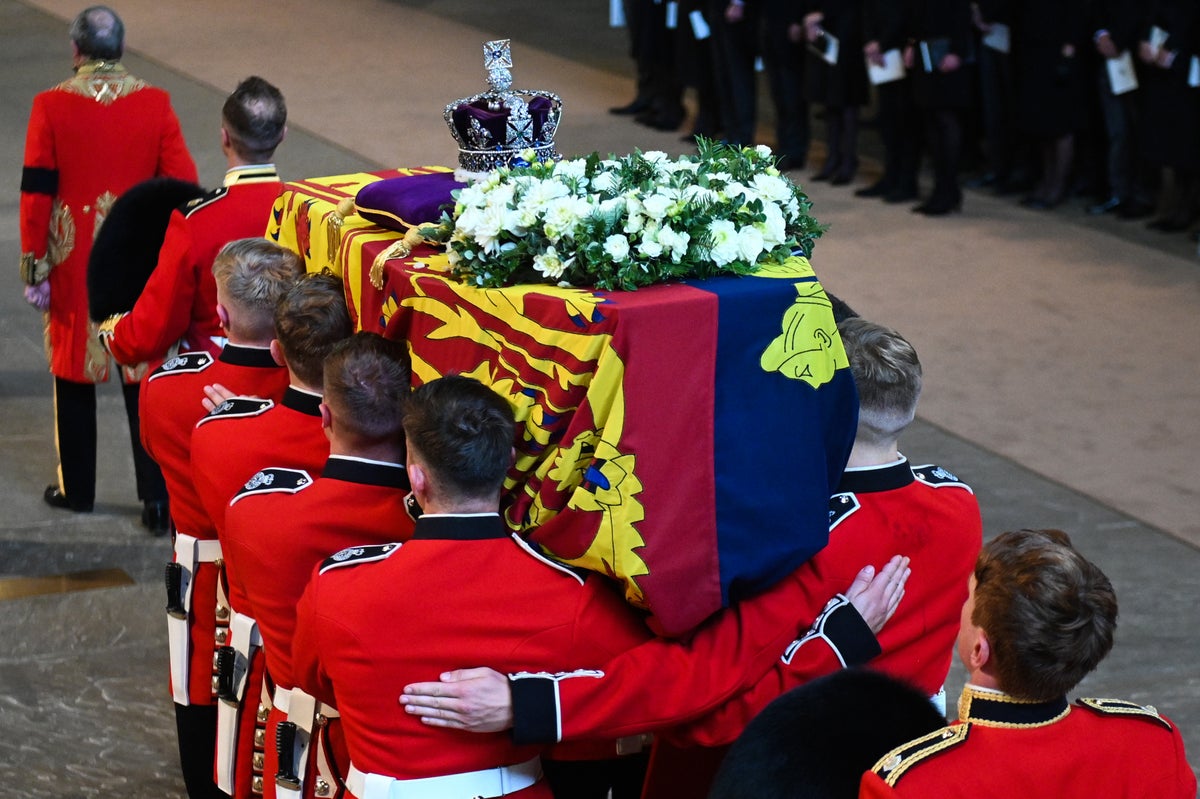 The Queen’s funeral will take place next Monday, September 19 and the chances are some younger members of the royal family will be in attendance.

James, Viscount Severn, is the youngest grandchild of the Queen – he’s 14 years old, and has already taken part in publicly mourning the late monarch. Along with his 18-year-old sister Lady Louise Windsor, he paid his respects on Wednesday as the monarch’s coffin was brought to Westminster Hall.

The pictures of the young Viscount Severn reminded some of the images of a 12-year-old Prince Harry taking part in his mother’s funeral, when Diana, Princess of Wales died in 1997.

The presence of children at funerals might have some families thinking about what is appropriate and beneficial for their own kids, if they find themselves in a similar situation.

When it comes to bringing children to funeral proceedings, Liat Hughes Joshi, author of Help Your Child Cope With Change (Summersdale, £10.99), says: “There’s no hard and fast rule. It depends on lots of different things – how close a relationship they had with the person who’s passed away, how your child is reacting to the death, and also their personality and their nature.”

Are children ever too young to attend a funeral?

“Children are never too young to learn about life, if done so with moderation and love,” says Kavin Wadhar, children’s expert from www.kidcoach.app.

Every child is different, so it’s about talking to yours and figuring out what they want and what might be best for them.

From a practical point of view, Joshi adds: “If they’re a baby and they’re going to start crying through the funeral, perhaps it would be better if you do have an alternative – not everybody does – but to leave them with a babysitter of some sort.”

How can you gauge if your child is ready?

For both experts, it’s about asking straightforward questions. “Depending on how old they are, it’s just a simple case of asking them how they feel, and explaining what’s involved in a funeral – because chances are they’ve never been to one before,” says Joshi.

Wadhar agrees, saying: “Just ask them: ‘Do you want to come and see him/her/nana/uncle etc?’ But do it in advance. Tell them what to expect, in age-appropriate language. If they say yes, let them know that it is fine – but it is also fine if they change their mind later on.

“Bring it up again a few days later and see if they really do want to change their mind. Make it safe and acceptable to back out if that is what they want to. Important questions should be asked several times, as the answers can change.”

What potential benefits might a child get from going to the funeral of a loved one?

“It does help them process what’s happened – especially older children, it can really help them to be part of that memorial process,” suggests Joshi. “I think the old fashioned way of saying children shouldn’t go to funerals is probably outdated – a bit too black and white.”

Joshi even recommends potentially involving children in the order of service. She says: “It can be nice for a child to contribute something, it can make them feel part of it. Say another family member is going to be making a speech about the person who’s passed away – it could be nice for the grandchildren to include some memories in that. Look at simple ways to get involved, if it’s appropriate and sensitive to proceedings.”

For Wadhar, the biggest potential benefit is “closure”, he says. “For younger children seeing the body lying there, or even just a closed coffin, [it] is a way to visually confirm what people have been telling them. For older children, they may wish to say something or send a message, which they will feel is best done in person.”

How best to support a child throughout proceedings?

Joshi’s top piece of advice is to have a backup plan: “On the morning, if they’re suddenly distraught and can’t face it, there’s got to be someone ideally lined up that you could let them stay at home with.

“Even during the service – say it’s a grandparent, you’re understandably going to be very upset as well. I would recommend you have an extra person who’s a little bit more distant, who could take your child outside for a break if needed – so it’s not going to be down to you.”

While it’s great to have support, during the service Wadhar also says: “Watch them closely for signs of agitation. It may be obvious or really subtle. You know your child best so just keep a watchful eye on them and be forgiving if they start playing up a little.”

What can you do instead if they don’t go?

“You don’t need to physically be with someone for your thoughts to be with them. Let them know that,” advises Wadhar.

“They may wish to write a letter which you could offer to take to the funeral if you are going. Or with younger children you could suggest you will ‘post’ it to the recently departed. Writing down thoughts and feelings is a great way to process them, also for us grown-ups.”

Joshi recommends “finding another way that’s more child-friendly for them to mark the loved one’s passing”. She says: “Create a little ceremony, a tree planting in the garden, or going to a special place that (a late) grandma or grandpa used to take them to and having your own memorial, because it is important for children to have something to mark the occasion.”