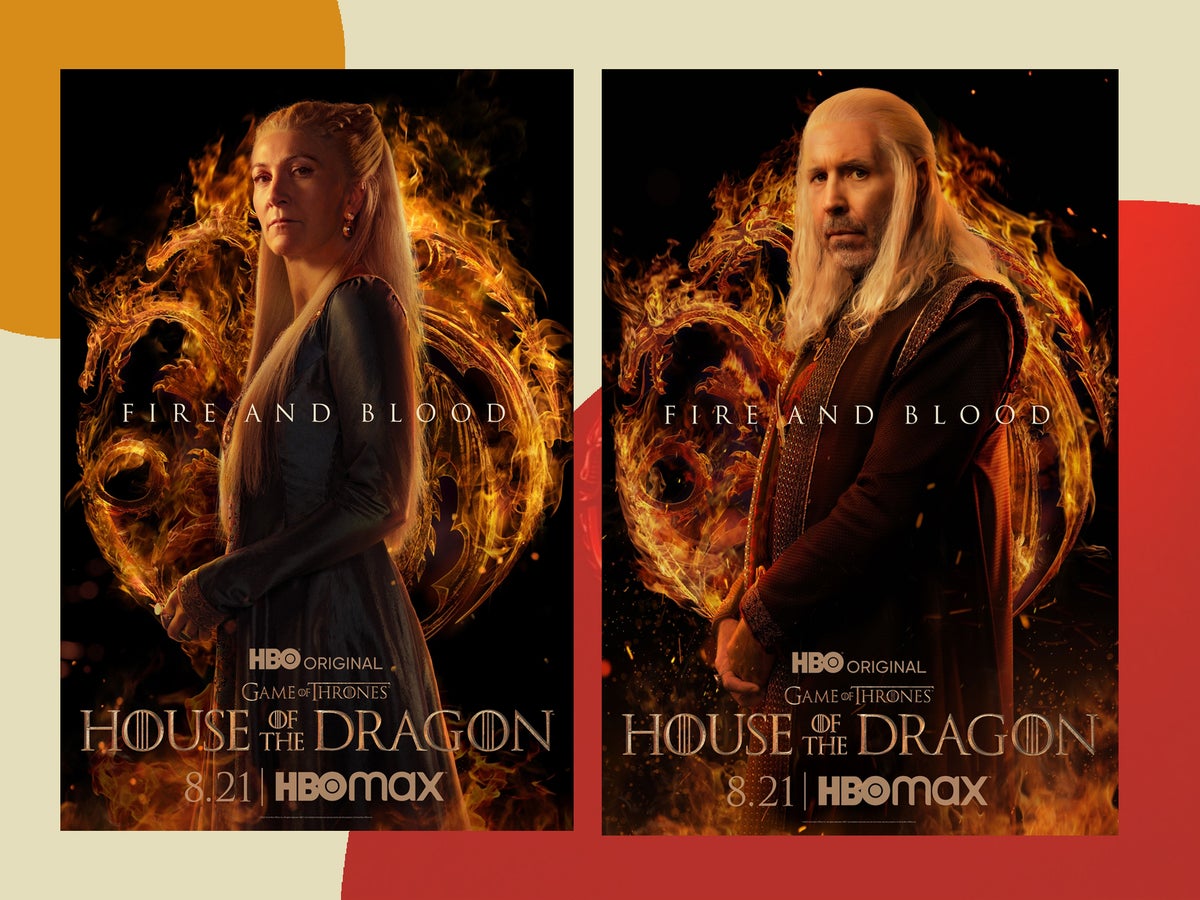 The long-awaited prequel to Game of Thrones has finally made its debut on TVs and streaming platforms in the UK. If you’ve been holding off watching House of the Dragon because you haven’t yet signed up to Now, you can watch the first episode online for free.

Episode one of House of the Dragon is available for free on the official Sky YouTube channel. It’s not an entirely selfless act, of course. They plan on getting you hooked, and to watch episode two and three you’ll need a Now entertainment membershipor have a Sky package that includes Sky Atlantic. New episodes drop weekly on Sky Atlantic and Now on Mondays.

Set hundreds of years before the events of the original series and during the reign of House Targaryen over the Seven Kingdoms, House of the Dragon has an impressive ensemble cast, starring Emma D’Arcy, Olivia Cooke, Steve Toussaint and Matt Smith as fueding rivals vying for control of the throne.

London’s Leicester Square hosted the show’s red carpet premiere on 15 August, though fans had to wait a little longer to watch the fantasy series at home. House of the Dragon debuted on HBO Max on 21 August in the US, and on Sky Atlantic and Now on 22 August in the UK.

Just as with Game of Thrones before it, the Sky-owned Now service will be the only streaming platform on which you can watch House of the Dragon in the UK. Viewers will need to subscribe to Now’s entertainment pass, which costs £9.99 per month.

How to watch House of the Dragon in the UK

You can watch the first episode of House of the Dragon online on Sky’s YouTube channel.

To watch other episodes in the UK, you’ll need Sky Atlantic or Now (formerly Now TV). Let’s start with the former…

Sky Atlantic – considered to be the home of HBO programming in the UK – will be broadcasting the series weekly, beginning with the pilot episode on 22 August. That means Sky TV subscribers can watch without having to jump through any hoops.

As Sky often does when it broadcasts major new films and TV shows, the company is rolling out a set of voice commands to help Sky Glass and Sky Q customers find House of the Dragon. Instead of navigating through menus and TV listing schedules, all you have to do is say one of the following phrases and, from 02:00 on 22 August, you’ll be taken straight to the first episode:

Sky Q customers will need to press the voice command button on their remote control before saying one of the phrases, while Sky Glas users can just say: “Hello, Sky” then use a phrase. Sky customers will get to enjoy House of the Dragon in Ultra HD resolution and with Dolby Atmos surround sound via the Sky Glass television.

Read more: How to sign up for a Now TV membership, free trials and what to watch

Also, the Sky user interface will house a collection of House of the Dragon content, including trailers and an interview with the executive producers with a promise of what’s to come in the series. Sky will also continue to offer access to the entire eight season collection of Game of Thrones, and a section with key episodes featuring the Targaryens.

Lastly, fans who plan to get up at 02:00 on 22 August to stream House of the Dragon will be able to interact with SkyTV and Drag Race UK’s Scarlett Harlett, who will be on Twitter and Instagram and using the #2amClub hashtag to chat about the pilot episode.

Read more: How much does Now TV cost and what are the best packages?

If you don’t have a Sky package but want to watch House of the Dragon, you can subscribe to Now’s entertainment pass, the pay-monthly streaming service that includes access to shows from Sky Atlantic, Sky Documentaries, Peacock, MTV and more. It costs £9.99 and there’s a seven day free trial.

As the cost of streaming services creeps upwards, Now TV remains one of the cheapest in the UK. As well as entertainment and movies, the Sky-owned service offers one-day passes for Sky Sports events, and hosts a huge back catalogue of HBO shows, including Game of Thrones, Billions, Succession and Chernobyl.

If dragons aren’t your bag, you’ve no shortage of rival streaming services to choose from. Disney+ has just overtaken Netflix as the most popular around the world, while platforms such as Amazon Prime Video and Apple TV+ offer must-watch exclusive shows of their own.

Your TV doesn’t support apps? Give it a new lease of life with one of the best streaming devices