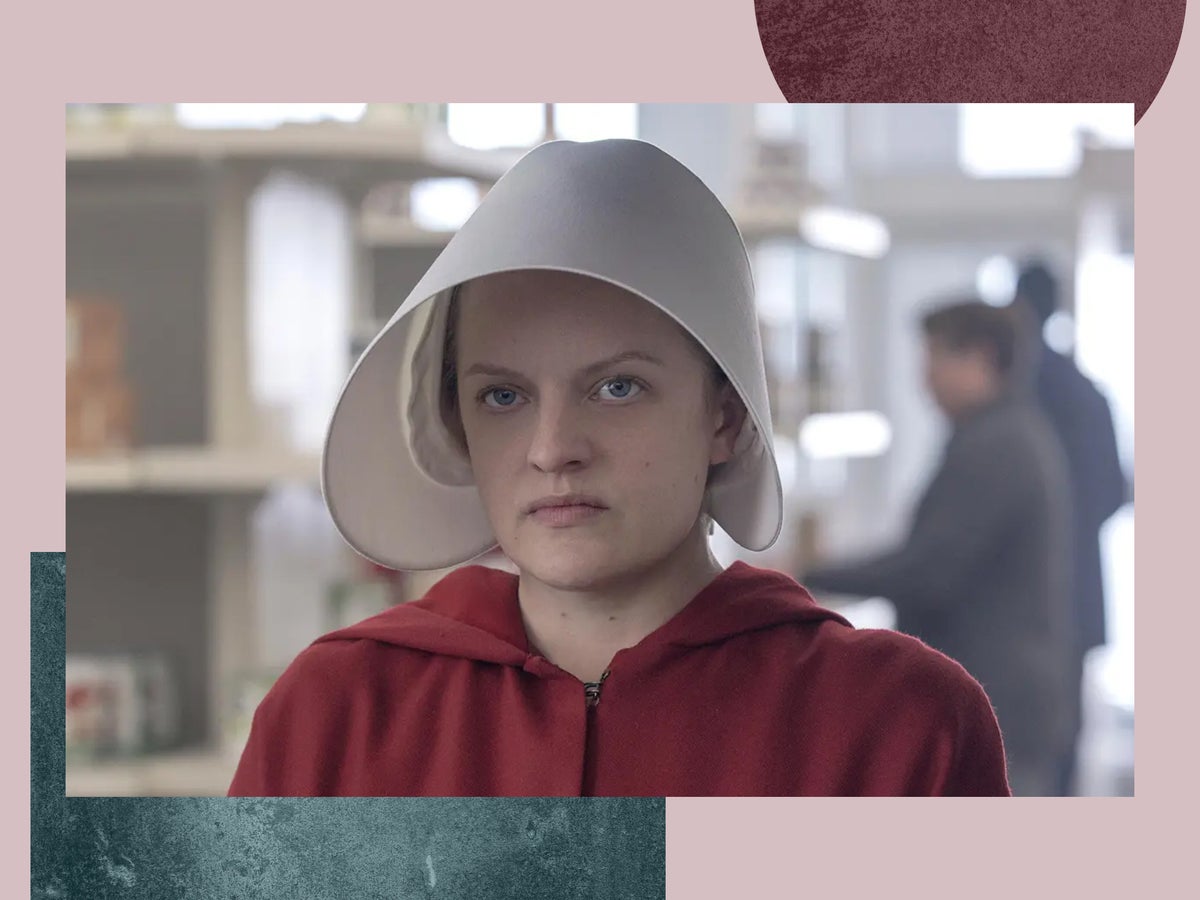 Those who can still vividly remember the final scene of the previous season of The Handmaid’s Tale will be pleased to know the wait for season five of the award-winning dystopian drama series is almost over.

The first two episodes have dropped on Hulu in the US today (14 September) – so definitely be careful with your Google searches, as we’ve already run into some spoilers while writing this. New episodes will be released weekly on the platform, and the final episode of season five will undoubtfully end in a cliff-hanger.

We’re coming close to the end of the series, which is set to conclude with its sixth season. It’s been a wild and emotional ride through Gilead for the audience, with violence, torture, sexual abuse and psychological trauma being present themes in every season, and yet we keep returning to see how June Osborne’s (played by Elisabeth Moss) story unravels.

The first season was based on Margaret Atwood’s 1985 novel (£7.39, Amazon.co.uk), but since then the show writers have had to continue the journeys of its main characters (both good and bad) on their own. While this has made for some very cringe-worthy TV that definitely made us want to look away, turn off the TV or just scream at times, it is also one of the most impressive series we’ve watched, with amazing performances from Elisabeth Moss and supporting characters.

We’ll have to wait a little longer to watch season five in the UK, but we’re curious to see whether June will finally get a win this season.

Channel 4 has the exclusive rights to broadcast the new season in the UK, meaning you can watch the latest episodes as they air or catch up afterwards on All 4.

The downside is that UK fans of the show have to stay patient a little longer, as the broadcaster hasn’t set a release date for season five just yet. In the past, the gap between the show first airing in the US and on Channel 4 has been about two months, so fingers crossed we’ll get to see the first episodes in November.

Where to watch The Handmaid’s Tale in the UK?

In the meantime, if you want to refresh your memory (although it’s hard to forget the milestone ending of season four) or simply haven’t started watching the show yet (where have you been?), the next couple of months will be the perfect opportunity to do so.

Amazon lets you cancel the membership at any time, so, depending on how skilled of a binge-watcher you are, you can get through plenty of episodes in that period. However, with the new The Lord of the Rings: The Rings of Power, Emmy-winning drama Euphoria and other cinematic gems on offer, you might just decide to keep your membership after the trial period.

How to watch in the US?

For those who find themselves in the US at the moment, you can now watch the first two episodes of season five on Hulu – with a basic membership costing $6.99 per month. The streaming service is, unfortunately, not available in the UK – despite other services such as Disney+ and Apple TV being offered internationally. According to Hulu, the service doesn’t work “with anonymisers or proxy services”, but this landscape changes regularly.