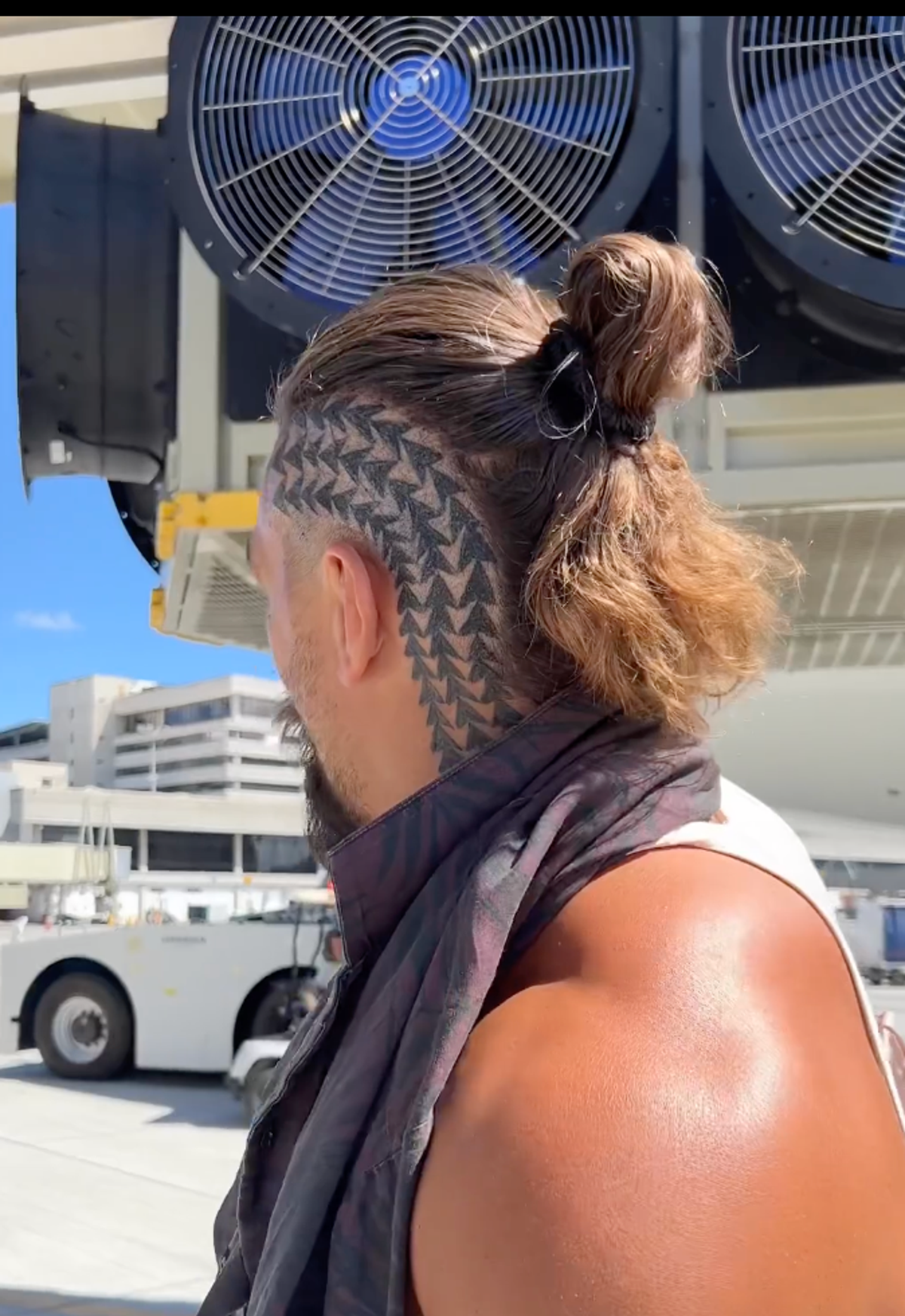 Jason Momoa has debuted his newest tattoo and the special connection it has to Hawaii, where he was born.

On Instagram on Wednesday, the 43-year-old actor shared a video of himself boarding a Hawaiian Airlines flight to New Zealand while expressing his admiration for his background.

“Proud to be Hawaiian…Hawaiian, I love you for this,” he added, referring to his trip. “I got something special for you.”

The Aquaman star then removed his hat and showcased his shaved head, where he appeared to have gotten a new tattoo. The video showed the ink, which features a triangle design, extending from the bottom of his neck to the top of his skull.

“It was a true honour 20 years in the making,” he wrote about the ink.

In Polynesian culture, the placement of a tattoo can have significant meaning, as a tattoo on the head can relate to one’s “spirituality” and “knowledge” of their heritage, according to The Diplomat.

At the end of his Instagram video, Momoa, who was born in Honolulu, referenced his upcoming Apple TV+ show, Chief of War.

The limited series, starring, written, and executively produced by the Dune star, “follows the epic and unprecedented telling of the unification and colonisation of Hawaii from an indigenous point of view”, according to Deadline.

As noted in the caption of the post, the images of Momoa getting the tattoo were taken by Hawaiian actor Mainei Kinimaka, who was a guest star on Apple TV+ drama series I See, which features Momoa as the lead.

In the series of images, the actor could be seen lying down as the artist inked the design, while other photos show him standing up with a red cloth around his body to show off the final result of his tattoo.

Momoa later shared the post to his own Instagram, where he said the photos reflected a “powerful moment in [his] life” that he got to share with his loved ones.

The actor’s tattoo artist also posted a picture of Momoa on Instagram and reflected on their years-long friendship in the caption of the post.

“I have known Jason’s father Joe since high school and started talking to Jason over 20 years ago [and] doing work on him,” he wrote.

This isn’t the first time that Momoa has opened up about the importance of his culture. During an interview with CNN in 2019, he said that he tries to take visits to Hawaii as often as he can because it benefits his “soul”.