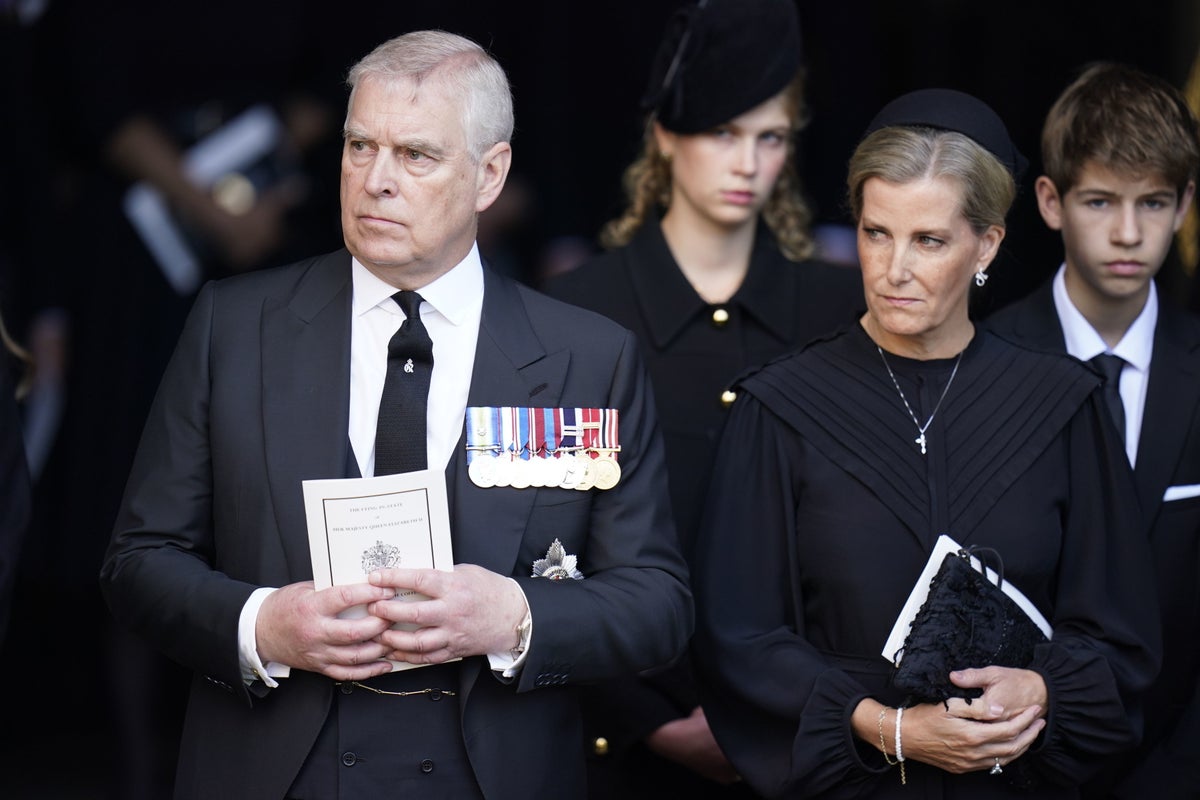 Victims of sex abuser and paedophile Jeffrey Epstein are said to be angry and upset by the return to public life of Prince Andrew – Epstein’s longterm friend and someone who settled a sexual assault claim.

After the prince was accused of sexual assault by Virginia Giuffre, a claim he denied but which she said happened when she was still a minor, Queen Elizabeth announced that her supposedly favourite son would give up his royal duties, and later, his royal titles.

In March 2022, while continuing to deny the accusation, the prince settled the claim from Ms Giuffre, who said she had been abused repeatedly by Epstein, and many of his friends. The settlement – reportedly as much as $10m – was said in part to be paid for by the Queen. The settlement was entered into on no admission of liability.

While the settlement and the stripping of his role as a front-line royal led the 62-year-old to maintain a lower profile, his sudden return to the public arena as a high-profile member of the royal party mourning his late mother is said to have led to upset and even revulsion among some of Epstein’s many victims.

“For the victims that are involved, seeing him in these types of public appearances and being praised by the public, it’s frustrating to them,” Spencer Kevin, a Florida-based lawyer who represented nine of Epstein’s victims, told The Independent.

“This is a man they see as someone who is, at the very least, disrespectful to the victims, by his friendship with a paedophile. And for him to be lauded in public, as he’s doing, and to be praised by the public, which is what he’s seeking, is insulting.”

Did he think the prince was trying to use the events of the 10 days of public morning for the late Queen to repair his image?

“It’s no secret that he likes being popular. He likes his position. And I think that he is attempting now to see if he can rehabilitate his image in the public,” Mr Kevin said, speaking from Palm Beach.

He said that the prince should grieve mother’s death at the age of 96 in private, without the public appearances.

It has become well-known that over many years, Epstein developed friendships or relationships with many celebrities – including Bill Clinton, Bill Gates, Donald Trump and Prince Andrew, some whom were guests on his island estate. All denied any wrongdoing.

In 2008  Epstein pleaded guilty and was convicted by a Florida state court of procuring a child for prostitution and of soliciting a prostitute, after he was accused of sexually abusing a 14-year-old girl.

After he served almost 13 months in jail, many of those people cut off their association, but Prince Andrew was among those who continued to be his friend, famously being photographed with him in New York.

In an interview with the BBC in 2019, he defended his relationship, saying “the people that I met and the opportunities that I was given to learn either by him or because of him were actually very useful”.

In the interview, he was asked about a photograph of him and Ms Giuffre. “I have no recollection of that photograph ever having been taken,” he said.

Epstein took his life in jail in the summer of 2019 while on remand over dozens more charges of sex trafficking minors, allegations he had denied.

This summer, Epstein’s longtime partner, was sentenced to 20 years in federal prison after being convicted of carrying out a years-long scheme with him to groom and sexually underage girls.

While federal officials had identified 36 girls, some as young as 14 years old, whom Epstein had allegedly sexually abused, in the summer of 2021 it was revealed that a fund set up to compensate his victims awarded almost $125m to about 150 individuals, after receiving more than twice the number of claims its administrators expected.

Prince Andrew long denied the claims leveled at him by Ms Giuffre. In March, the two sides reached an out of court settlement.

“Virginia Giuffre and Prince Andrew have reached an out of court settlement. The parties will file a stipulated dismissal upon Ms Giuffre’s receipt of the settlement (the sum of which is not being disclosed),” the statement read.

“Prince Andrew intends to make a substantial donation to Ms Giuffre’s charity in support of victims’ rights. Prince Andrew has never intended to malign Ms Giuffre’s character, and he accepts that she has suffered both as an established victim of abuse and as a result of unfair public attacks.”

It added: “It is known that Jeffrey Epstein trafficked countless young girls over many years. Prince Andrew regrets his association with Epstein, and commends the bravery of Ms Giuffre and other survivors in standing up for themselves and others.”

Mariann Wang, a New York-based lawyer who represented up to a dozen of Epsteins’s victims said she thought the prince’s return to such a public profile was “quite outrageous”.

“I can certainly say in general that it is so harmful for any survivor of trauma to see an abuser or their enablers continue to reap the benefits of privilege, status and power.” she said.

“Particularly because it is almost always that privilege, status and power that allowed those individuals to cause harm in the first place.”

Buckingham Palace did not immediately respond to enquiries.

Africa: Inclusion, Inequality, and the Fourth Industrial Revolution in Africa