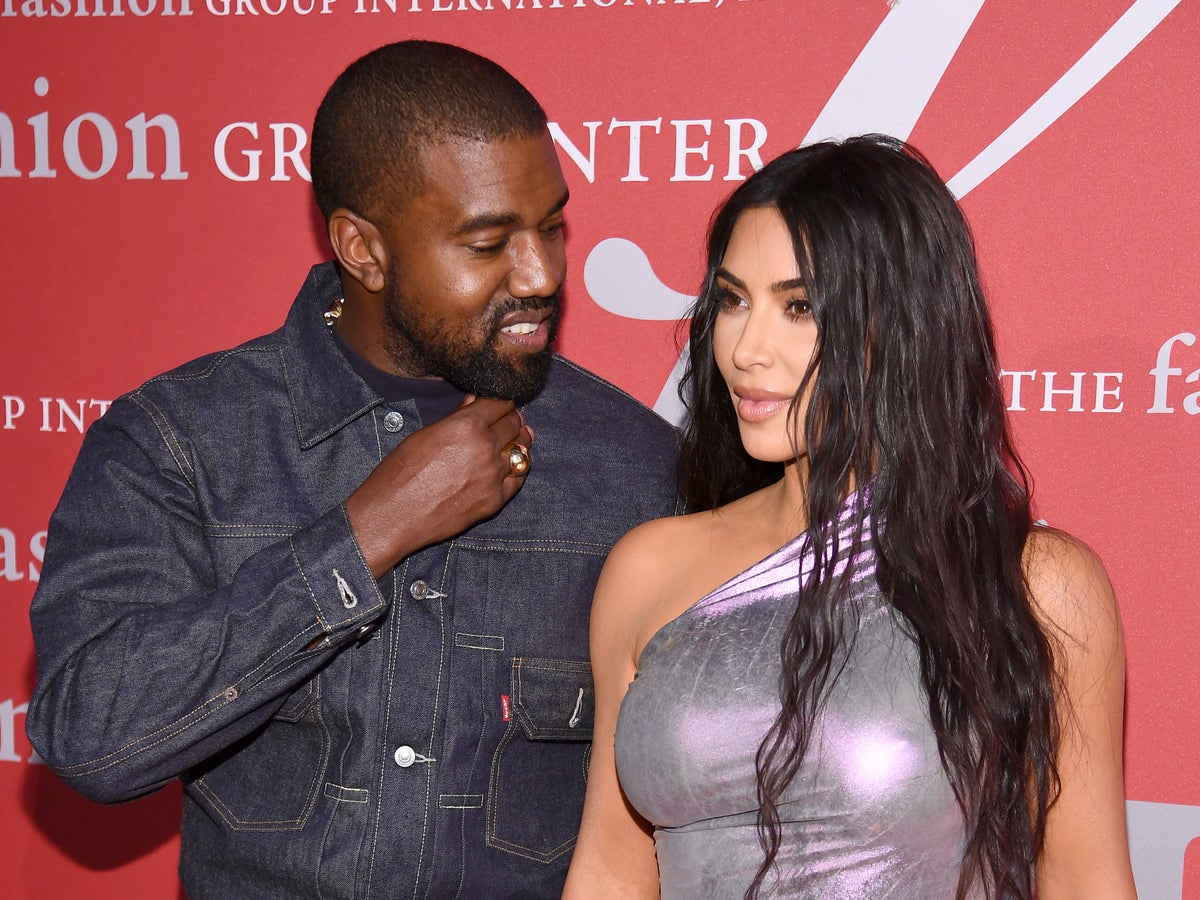 Kanye West has opened up about co-parenting with ex-wife Kim Kardashian while revealing how often he spends time with their children.

The 45-year-old rapper, who goes by the name Ye, discussed his and the reality star’s four children, North, nine, Saint, six, Chicago, four, and Psalm, three, during a recent appearance on the Alo Mind Full podcast.

During the conversation, West addressed the importance of communicating with Kardashian and the impact it has on his family.

“I’ll still give Kim advice on things that can help,” he told hosts Alyson Wilson and Danny Harris. “Because that’s going to go to the children.”

He went on to detail how the Skims founder is with their children “80 per cent” of the time, before explaining why he wants some of his interests to be a part of their everyday “curriculum”.

“She’s still gotta, 80 per cent of the time, raise those children,” he said. “So what people saw what I was going back and forth is that I have to be able to throw my version of what people would throw, like a Rick Ownens or Marzella or Yeezys on, to the curriculum.”

“Because my parents were able to do that to me,” he continued. “They showed me anime when I was eight years old or my dad had drafting tables or I was in computer programming class.”

The musician’s remarks come only two weeks after he publicly criticised his ex’s parenting skills. In a since-deleted Instagram post, West shared text messages between him and Kardashian, in which they appeared to disagree on what school their children should attend, as he wanted them to go to Donda Academy, which he founded in October 2021.

“It’s not up to Calabasas or Hulu where my kids go to school,” West wrote in the message, referring to the Kardashian’s hometown and their latest TV show, The Kardashians. “I’m not the crazy one here. It’s up. I won’t stop until I have a say so on my kids no matter what it legally takes.”

During her ex-husband’s surge in social media posts, Kardashian’s interview with Interview Magazine was also published, in which she credited West for helping her “really arrive in high society”.

“I mean, when I was with Kanye, and he was introducing me to a lot of people, I think that definitely got a lot of people to have a different level of respect,” she explained.

Kardashian first filed for divorce from West in February 2021, before being ruled legally single one year later. Since the end of their relationship, they have both pursued different relationships, with West dating Julia Fox for two months earlier this year while Kardashian dated Pete Davidson, who she split from in August, for nine months.

Earlier this week, during an appearance on The Late Late Show with James Corden, Kardashian opened up about being single and said that, while she’s “not looking” for a relationship, she is open to meeting someone new at places like a “law firm” or doctor’s office.