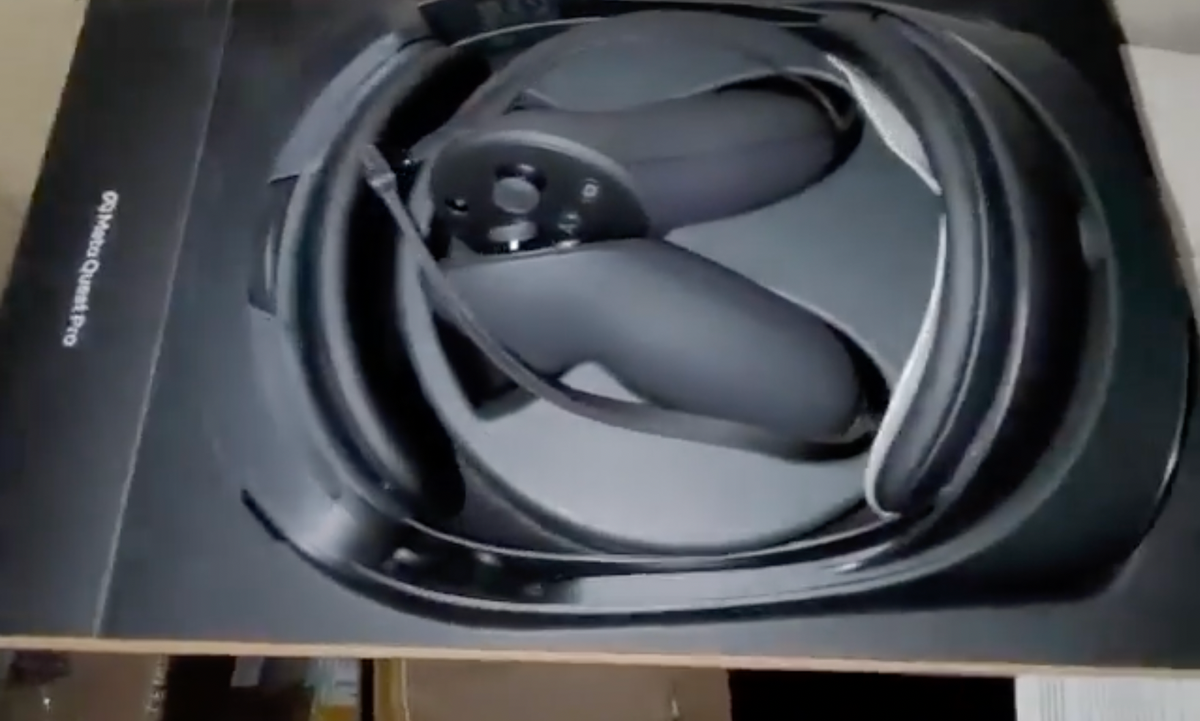 Images and videos of Meta’s new virtual reality (VR) headset “Quest Pro” have surfaced online, a month ahead of the event where it is expected to be launched.

A Facebook user who goes by the name Ramiro Cardenas posted photos and videos of the headset, claiming the device was left in the room of a hotel he works at.

In the video, Mr Cardenas unpacks the device, showing a black headset, and a controller that looks like an updated design.

In the video, the lower end of the packaging can be seen bearing the label “Meta Quest Pro”, and the video also shows the VR headset and controllers.

A label on the box also notes the device is “Not for resale”, and that it is an “engineering sample”.

Mr Cardenas has since told The Verge that the person who stayed in the hotel room has claimed the headsets.

The device looks similar to Meta’s Project Cambria headset – the code name that was given to its advanced headset under work when it was first announced at an event in 2021.

A Meta spokesperson had said in May that the headset would be more powerful than its current VR device, and would reportedly cost above $799, according to The Information.

The device reportedly includes features such as high-resolution image quality for typing emails or code within a virtual reality environment.

It reportedly also has built-in eye tracking and face tracking features that can drive avatars in social experiences and is also expected to allow full-colour passthrough that would enable it to perform mixed reality experiences.

Meta chief Mark Zuckerberg had told Joe Rogan in his podcast show that the company’s headset, likely referring to the Quest Pro, would be launched in October – when the tech giant’s Connect annual AR/VR conference is scheduled.

Mr Zuckerberg had said new equipment to be released by Meta in October would allow users’ avatars on the company’s metaverse platform to mimic facial expressions and allow them to make eye contact.

“Virtual reality really convinces your brain you are there. You have to convince your brain that this isn’t real and that you are not actually there,” he had said.

Meta did not immediately respond to The Independent’s request for comment.