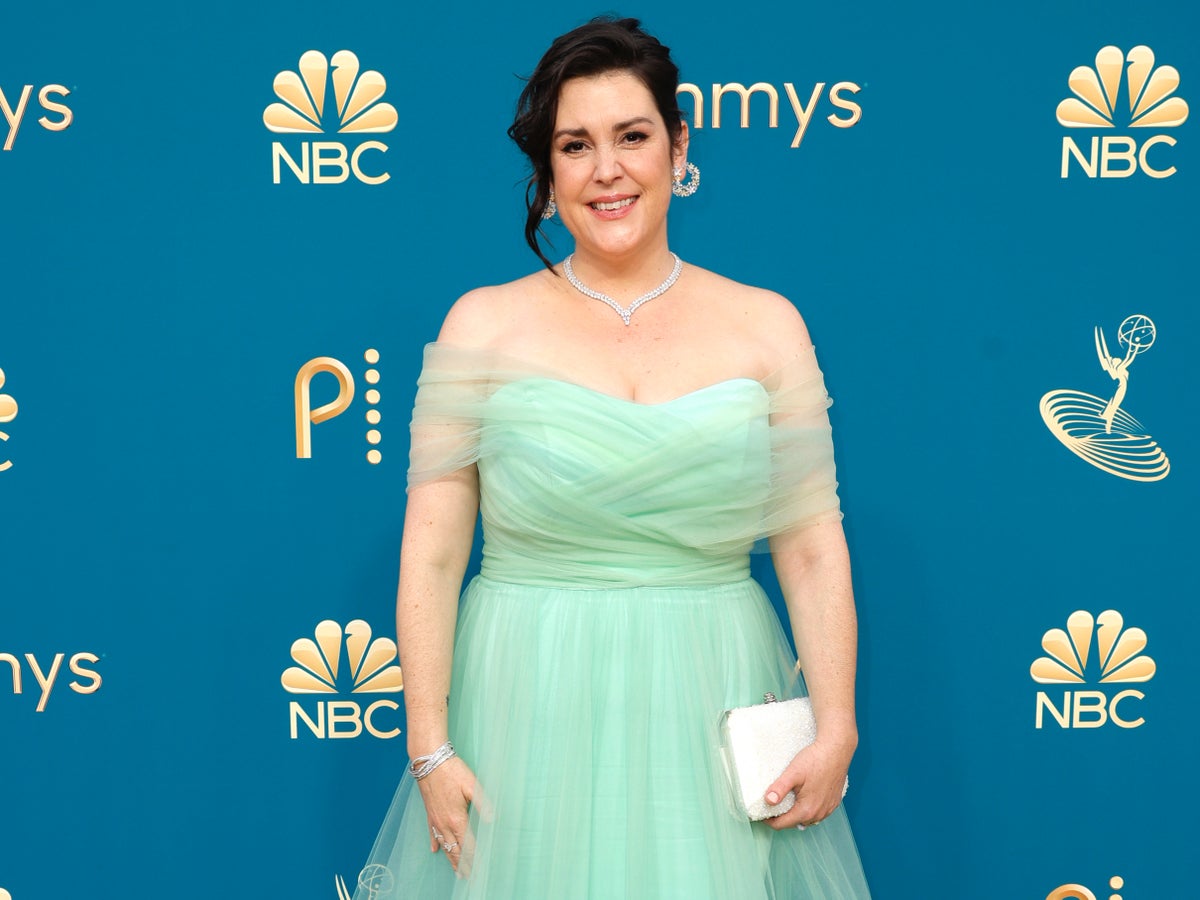 Melanie Lynskey has revealed that she felt like a “bad b****” in her Emmy Awards dress this year and that her husband, Jason Ritter, thought that her outfit was “sexy”.

The 45-year-old actor discussed the green off-the shoulder gown with a ruffled hem that she wore for the 74th annual TV awards during a red carpet interview with E!’s Live on Monday. She completed the look with a diamond necklace and a white purse.

In response, the Yellowjackets star praised designer Christian Siriano, who made her dress, while recalling how closely they’d worked together.

“He came to my house and did a fitting with me. He’s the sweetest man alive, and I adore him. I feel like he made something that was for me, for my body. Like, I feel like a princess, because I have this princessy thing,” she explained.

Lynskey went on to share how her husband responded to her Emmys dress.

“But I also do feel like a little bit of a bad b****, honestly, because it’s so fitted under here, and my husband’s like: ‘That’s sexy!’ So, that’s what you want,” she added.

On the red carpet, Ritter posed with his wife in a black suit, pants, and bowtie, which he paired with a white shirt.

On Twitter, multiple fans also praised Lynskey’s outfit and revealed how much they wanted her to win, as she was nominated for Outstanding Lead Actor in a Drama Series for her role in Yellowjackets during tonight’s awards.

“Melanie Lynskey is so beautiful I could just cry,” one person wrote.

“Hope Melanie Lynskey cleared a spot on her shelf for this Emmy,” another said.

A third person tweeted: “It is impossible not to root for Melanie Lynskey. Look at her! She deserves!!”

This year’s Emmys ceremony drew strong reactions from fans, with some mocking its “atrocious” opening dance sequence to Friends and Law and Order: SVUtheme songs. And host Kenan Thompson wasted no time cracking a joke about Leonardo DiCaprio’s relationship history.

We have also compiled a list of the best-dressed stars on the red carpetand shared a look at what’s inside the Emmys gift bag.

Fans praised Elle Fanning after she revealed her Emmys dress was inspired by Old Hollywood and Hannah Waddingham was hailed as “iconic” after she unveiled sneakers under her gown.

Catch up with what happened at the Emmys here and find out about the biggest snubs and surprises here.