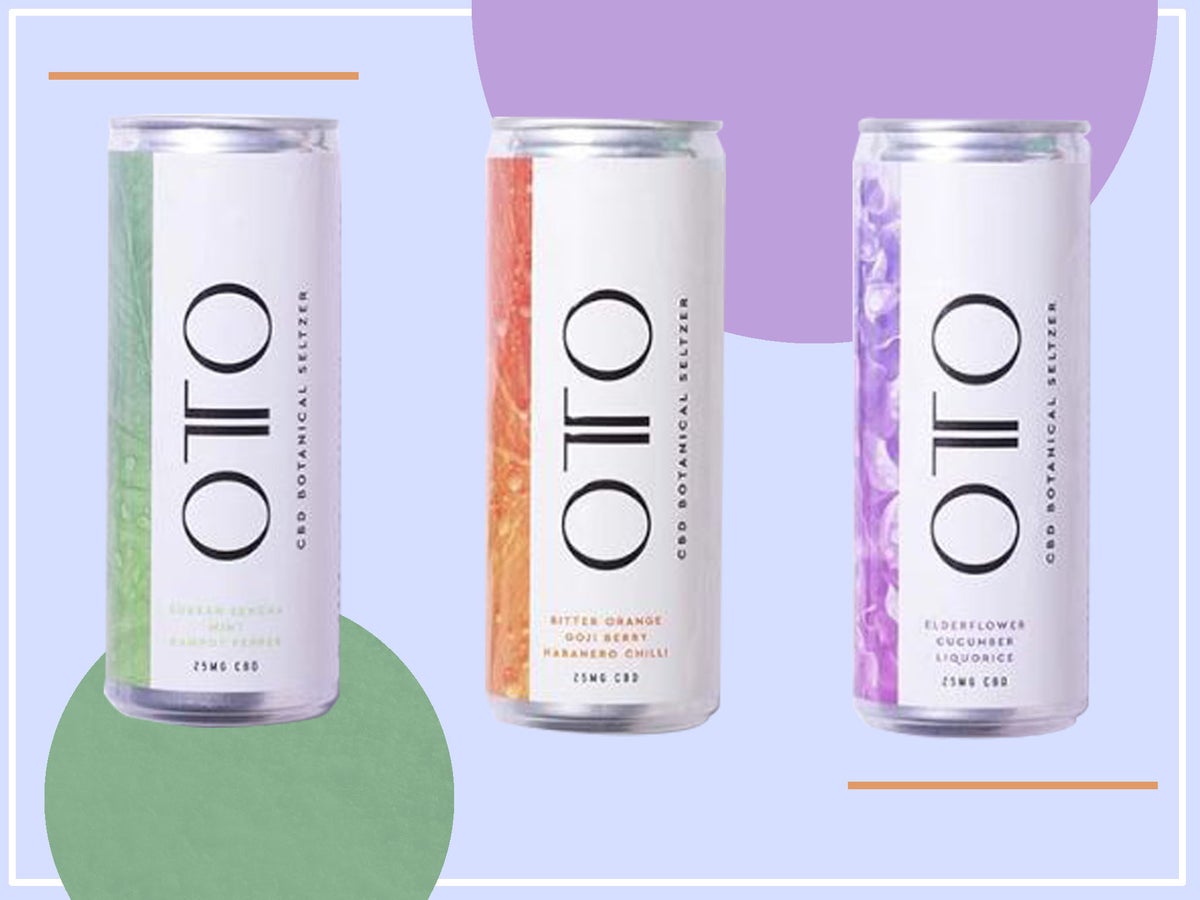 For a while, CBD products were new on the market, and you only came across them here and there. But now it’s everywhere – it’s in household items such as bed sheets (yes, really) as well as in oils, skincare, and even tea.

This summer though, CBD seltzers are where its at. These crisp, cool drinks can be a great alcohol-free alternative – remember, CBD is just one of the cannabinoids in the cannabis plant, and that it doesn’t produce THC which is what produces a high – for a day out or barbecue. And one brand that does them particularly well is Oto.

Gemma Colao founded the brand in 2018 after she discovered CBD while suffering from anxiety. She said that using the cannabidiol “changed her life” and she wanted to “help others embrace moments of calm in a world of chaos”. Since then, Oto has become a fully fledged CBD brand specialising in everything from sleep drops and pillow mists to oils, skincare, and of course, drinks.

Its beverages – which range from shots and boosters to cocktail bitters and of course seltzers – are cruelty free, sugar free and designed to slip into your daily routine with ease. The latter come in three different flavours and are sold in packs of six or 12 for £15 and £28 respectively. They’re also much less concentrated and should be the perfect product to pop in your bag for a day out.

As with most things though, choosing a CBD seltzer will come down to personal choice. But, with a million and one different options on the market, it can be hard to find the one that’s right for you. So, I tested Oto’s version for you to find out if it really is as good as it says on the tin.

Over the course of three days, I tried all three flavours of the botanical seltzers; green tea and garden mint, blood orange and chilli, and elderflower and juniper. I sampled them from the can, as well as over ice with a garnish, as Oto recommends, and when sipping, paid close attention to the flavours as well as to whether there were any changes in my mood and anxiety levels. And honestly, I’ll take the lot!

Let’s start off with a general overview of the brand’s botanical seltzers.

Infused with 25mg of pure CBD isolate per can – which is its purerst form and the scientifically recommended dose – you can have up to three of these a day safely. That’s pretty standard across the market as most CBD drinks and teas we’ve tried use the same doasge.

After just a few sips of one can, I could feel myself relaxing. I hadn’t even noticed the low-level anxiety I was feeling until it melted away – tension was released from my shoulders, my jaw unclenched, and I found myself overthinking less. I felt calm, responsive and ready to take on the day, with noticeably less feelings of worry or concern.

And though I felt relaxed, it was without any drowsiness, which was ideal seeing as I sampled them during the day, and still felt alert and sociable at a summer barbecue.

Plus, the chic packaging is not only pleasing on the eye but will have other party goers or guests asking after what exactly it is you’re drinking. There’s really nothing that screams summer more than a cocktail in a can, and with the added benefits of CBD, I couldn’t wait to try more.

As for what I made of each individual flavour, you’ll have to read on to find out. But if you’re open to trying the lot, then the discovery package is a great place to start.

The smell of this particular seltzer was just lovely and it instantly evoked memories of cucumber gin and tonics in the summer. It features a blend of wild Korean sencha tea, fresh mint and kampot pepper spice, and is meant to center your thoughts and bring your day into focus.

The flavour was incredibly light and only a little sweet, but the aftertaste hits a little harder (something we found to be the same across all three flavours). It’s stronger than other flavoured sparkling water drinks on the market, but is still much lighter and fresher than a classic fizzy drink. The most distinct flavour for me was the mint, which cuts through with a hit of freshness.

This seltzer was crying out to be poured over ice, so I happily obliged, pairing it with a fresh mint sprig as Oto recommended. Expectedly, this was even better, and you could certainly spruce it up further with a slice of cucumber or a raspberry.

I felt calm but energised, and ready to take on the day after drinking it and reckon it is perfectly suited for a barbecue or a day at the park. And, if I’m being totally honest, this was my favourite of the three.

Oto elderflower and juniper sparkling water: £15 for six or £28 for 12, Otocbd.com

This seltzer is a blend of English elderflower, fresh cucumber and liquorice, and is designed to bring balance to your day. It has a flavour more like a herbal night-time tea than a fresh summer cocktail, as the inclusion of chamomile and ashwagandha gives the seltzer a more floral taste.

Flavours of the juniper berry and grape hit me straight away, which was tasty, but, as mentioned already, the aftertaste lingered a little longer. This seltzer was certainly more soothing than the energising green tea and mint (Otocbd.com), and is best suited for winding down in the afternoon, and easing anxiety.

This paired very nicely with the Oto-recommended slice of cucumber, which cut through the fruiter flavours of the seltzer.

With flavours of bitter orange, goji berry and habanero chillies, I had high hopes for this spicy seltzer – and it delivered. The orange flavour was light, but the subtle spice from the habaneros really shone through.

This drink is supposed to amplify your day, helping you feel brighter and more alert, and I felt this described it perfectly. It features a whole load of other good stuff too, including black peppercorn, lemongrass and turmeric, and is low in sugar while still tasting sweet.

It had a much more subtle flavour than the elderflower (Otocbd.com), and I preferred it as a summer drink to kick off the day. Lovely over ice with a slice of orange but perfectly nice on its own, if you like orange-flavour drinks, you’ll love this.

If you’re looking to try out CBD (or lay off the alcohol), these are perfect. Unlike stronger options like oil drops and shots, these classic light summer cocktails in a can are without a strong flavour, and have a low-enough CBD content that you needn’t worry if it’s your first time trying it.

They also have less of a CBD taste than others I’ve tried, and are a great option for a day out at the beach, a summer BBQ or just for sipping on the go. At six drinks for £15, it’s a bit of a treat, but nowhere near as much as buying ready-mixed alcoholic cocktails in a can.

The creators of Oto are very passionate about their cause, and you can tell a lot of care has gone into creating these drinks. We recommend ordering the discovery pack to test out all three flavours, but they also do single-flavour packs.