People hate the new World Cup jerseys Nike designed for US Soccer: ‘Worst kit I have ever seen’ 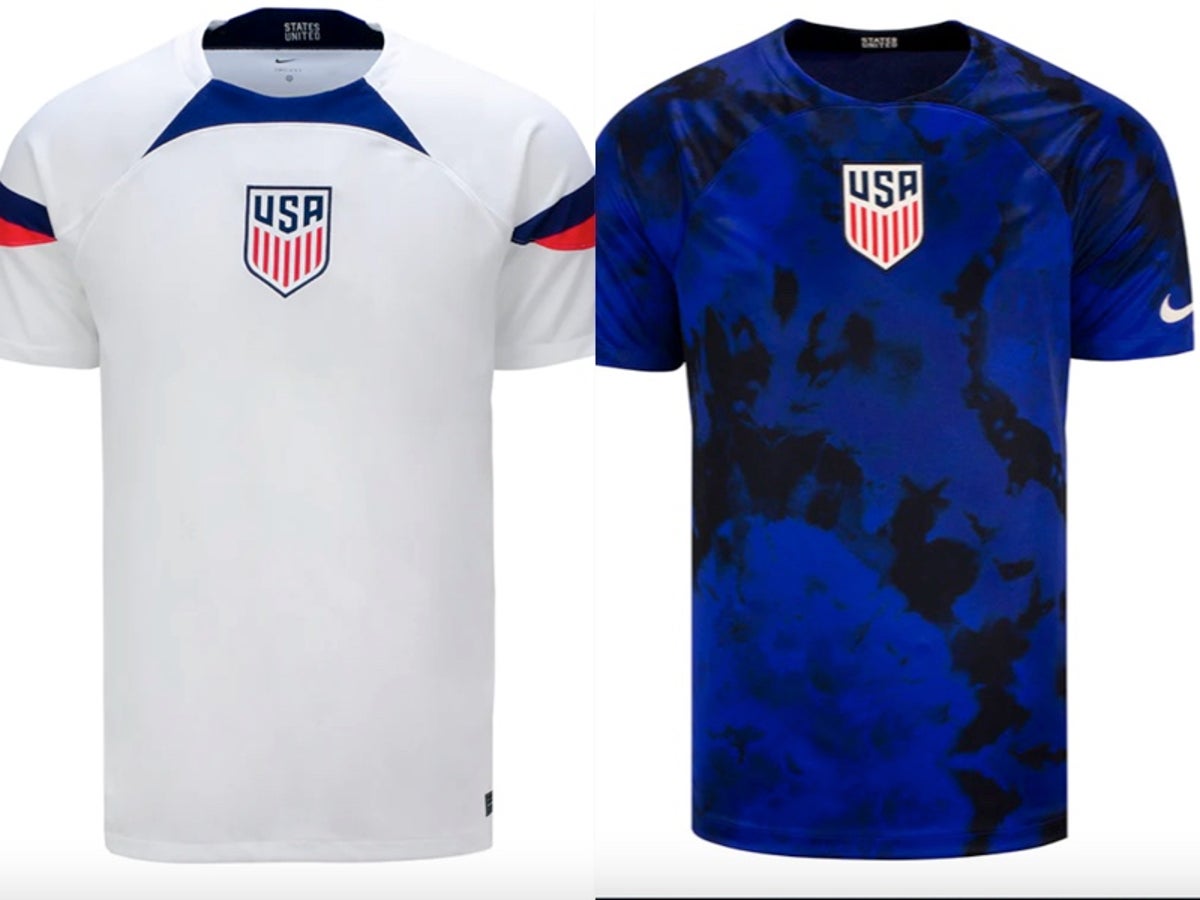 Nike and US Soccer have unveiled the new kits that the US Men’s National Team will wear during the 2022 FIFA World Cup to widespread criticism.

On Thursday, the official Twitter account for the USMNT shared a video showcasing the new uniforms, which will be worn by the men’s national team at the world cup in Qatar in two months and by the US Women’s National Team ahead of the 2023 FIFA Women’s World Cup.

The all-white home jersey worn by the players will feature a navy blue triangular detail around the neckline and a USA crest placed on the chest. The otherwise plain kits also feature red and blue stripes and Nike logos on the sleeves.

For away games, the players will wear a blue and dark blue tie-dye kit, which also includes the USA crest placed on the chest and sleeves bearing the Nike logo in white.

Unfortunately, despite unveiling the jerseys on Twitter along with the caption: “Ready for the big stage,” fans have been less than impressed by the kits, with many condemning the uniforms.

“The worst kits in US Soccer history,” one person claimed on Twitter, while another said: “It’s so bad watching US Soccer try to hype these new kits. Just cannot get over how embarrassing this is.”

“It takes roughly 18 months from start to finish to design and then unveil a new kit. I absolutely can’t believe that over 18 months not one single person involved with US Soccer or @nike didn’t think to point out how atrocious this is,” someone else wrote.

According to someone else, the jerseys are proof that “Nike needs to never make a kit for US Soccer ever again”.

Others noted that the players have also expressed their disappointment with the kits. Midfielder Yunus Musah previously hinted at his unfavourable opinion of the jerseys in August after wearing the uniform alongside his teammates during promotional photo and video shoots in June.

“The kits are … yeah. They’re the kits that they made, you know?” Musah said at the time, according to Fox Sports.

The outlet noted that Musah wasn’t the only player to criticise the new jerseys. Timothy Weah reportedly shared his dislike of the kits on Instagram after photos of the uniforms were leaked before the official unveiling. “We just as angry as y’all,” Weah wrote, according to Fox.

“Dear @nikefootball @Nike @ussoccer. These kits suck. Your designers suck. Whoever approved these sucks. It’s all horrific. The players don’t even like the kits. Regretfully, pissed off @USMNT Fans,” one disappointed fan wrote on Twitter on Thursday.

As for the creative process behind the jerseys, Nike and US Soccer said in a press release that the home uniform features a “timeless red, white, and blue colour scheme, while drawing inspiration from the United States’ diversity and storied legacy across a variety of sports, leagues, and associations” and features “iconic uniform design cues found throughout American athletics to celebrate the US Soccer Federation’s role as leaders in shaping – and uniting – sport culture throughout the nation”.

To Nike and US Soccer, the “away uniform is built on a bold design that also celebrates diversity, youth, and unity”.

Despite the criticism, Nike is confident that fans and players will come around to the new design, as Aaron Barnett, Nike’s senior director of soccer apparel, told Fox last month: “People always hate the new jerseys at first. Then your team wins its first game, and it’s the best jersey they’ve ever had.”

The Independent has contacted Nike and US Soccer for comment.