HomeDesignPrimary school children losing ‘a night’s sleep per week’ due to social...
Design 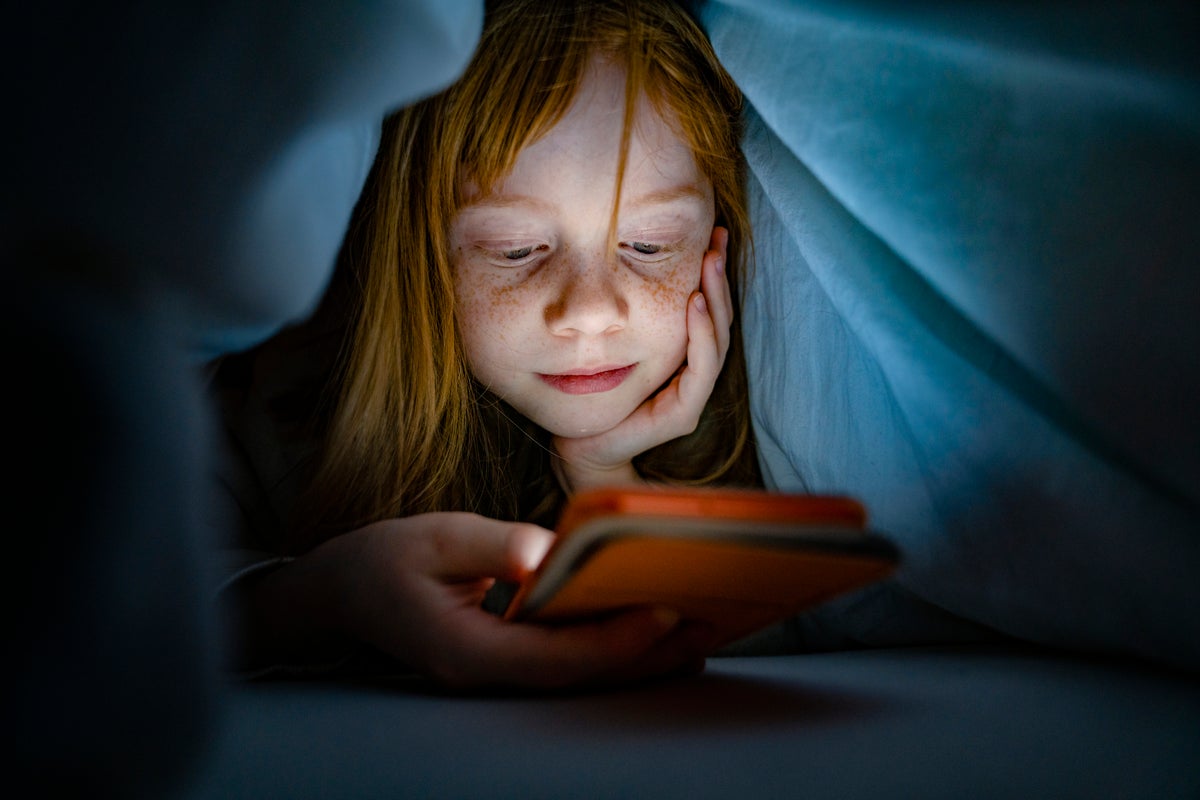 Primary school children could be missing out on the equivalent of one full night’s sleep each week due to excessive social media use, a new study suggests.

Almost 70 per cent of children surveyed revealed they used social media for four hours a day or more, with 66 per cent accessing it in the two hours before bed, while 12.5 per cent admitted using it in the middle of the night when they should be asleep.

TikTok was the most popular platform accessed by the sample group, with nearly 90 per cent of those surveyed accessing it, while 84 per cent used Snapchat, 88 per cent used YouTube and 57 per cent used Instagram.

The small study of 60 children from Leicester found that youngsters who used social media were more likely to report higher levels of fomo (fear of missing out), anxiety, and worse sleep.

Instead of getting the NHS-recommended 9-12 hours each night, the 10- to 11-year-olds in the study were getting an average of 8.7 hours of sleep.

The blue light emitted by mobile phones and other devices is also believed to interrupt sleep rhythms, the researchers said.

Researchers believe it is the first study to look in depth at how social media sites such as TikTok and Instagram may be affecting the sleep and emotions of pre-teens.

Dr John Shaw, of De Montfort University (DMU), Leicester, who oversaw the work, spoke about the research at the British Science Festival in Leicester, saying: “This is quite terrifying when you think about the level of engagement.”

When asked what his concerns were, he replied: “I suppose it is that knock-on effect on sleep and what that means for the children in terms of their cognitive development and really their social development as well because if they are always online, what does that mean for them with their in-person socialisation?”

Healthy sleep can impact a child’s cognitive and biological development, he continued.

“When they sleep, it’s very important for emotion processing and memory consolidation, creativity and problem-solving.

“When you’re not getting enough sleep, those processes don’t get a chance to occur,” he said.

“When it comes to biological processes during sleep, when we enter slow-wave sleep, our body rests, recovers, releases growth hormone.

“They’re still growing, that’s why younger people tend to get more sleep than adults because they are going through biological changes.”

Dr Shaw added that his research team wanted to recruit children who are rarely online in order to compare sleep patterns, but admitted that finding kids who were not on social media was “a struggle”.

He highlighted the importance of parents setting an example.

“It’s all well and good telling [a child] to be off their phone,” he said.

“But if the parent is saying that while on their phone or on social media, they’re not going to listen to you.”