HomeDesignPrince Philip and the Queen: What is the story behind the giggling...
Design

Prince Philip and the Queen: What is the story behind the giggling photograph? 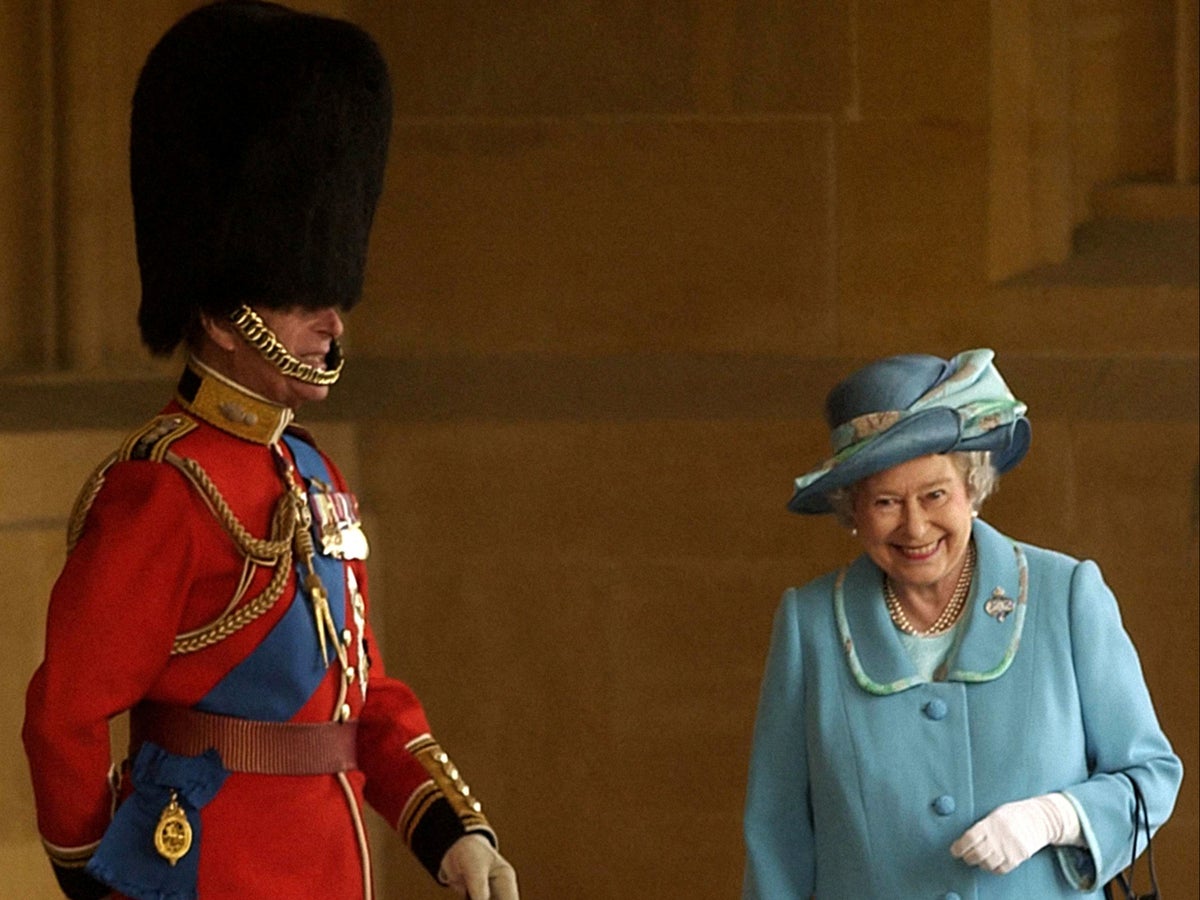 On Thursday 8 September, Buckingham Palace announced that the Queen had passed away at the age of 96, after 70 years on the throne.

Prior to his death on 9 April at the age of 99, Prince Philip and the Queen had been married for 73 years, a relationship that endured more than half a century of service to both country and crown.

Although in public their relationship was always more professional than personal, there were moments where royal watchers were able to catch a glimpse of Her Majesty and the duke’s mutual fondness for one another.

One such moment has been widely shared; a picture of the Queen giggling at the duke during a 2003 event at Windsor castle.

On social media, it had been claimed that the picture was the result of the duke playing a “prank” on the Queen by dressing up as a grenadier guard complete with the red uniform and bearskin hat.

But the Duke of Edinburgh was in fact the colonel of the grenadier guards from 1975 until his son, the Duke of York, Prince Andrew, took over the role in December 2017. Prince Philip would have still been in this role during the 2003 ceremony pictured.

The true story was revealed by the photographer who took the much-circulated image.

Chris Young, who was working for the Press Association at the time, was the only photographer present at the review of the Grenadier Guard’s elite Queen’s company regiment.

Young says the event was going to plan until a swarm of bees derailed the proceedings and a royal beekeeper had to be summoned to move the bees away from guests and the royal family.

Young told the BBC: “Some of the guests were unsure as to whether they should move, but eventually everyone had to beat a retreat.”

“I recognised that it was a human moment. She was giggling like a little girl and he was laughing too,” he continued describing the pair’s reaction as “unique”.

In 1997, the Queen described her husband as her “strength and stay” throughout her reign.

“He has, quite simply, been my strength and stay all these years, and I, and his whole family, and this and many other countries, owe him a debt greater than he would ever claim, or we shall ever know,” she said.