HomeDesignPrincess Anne makes history by standing guard over the Queen’s coffin for...
Design 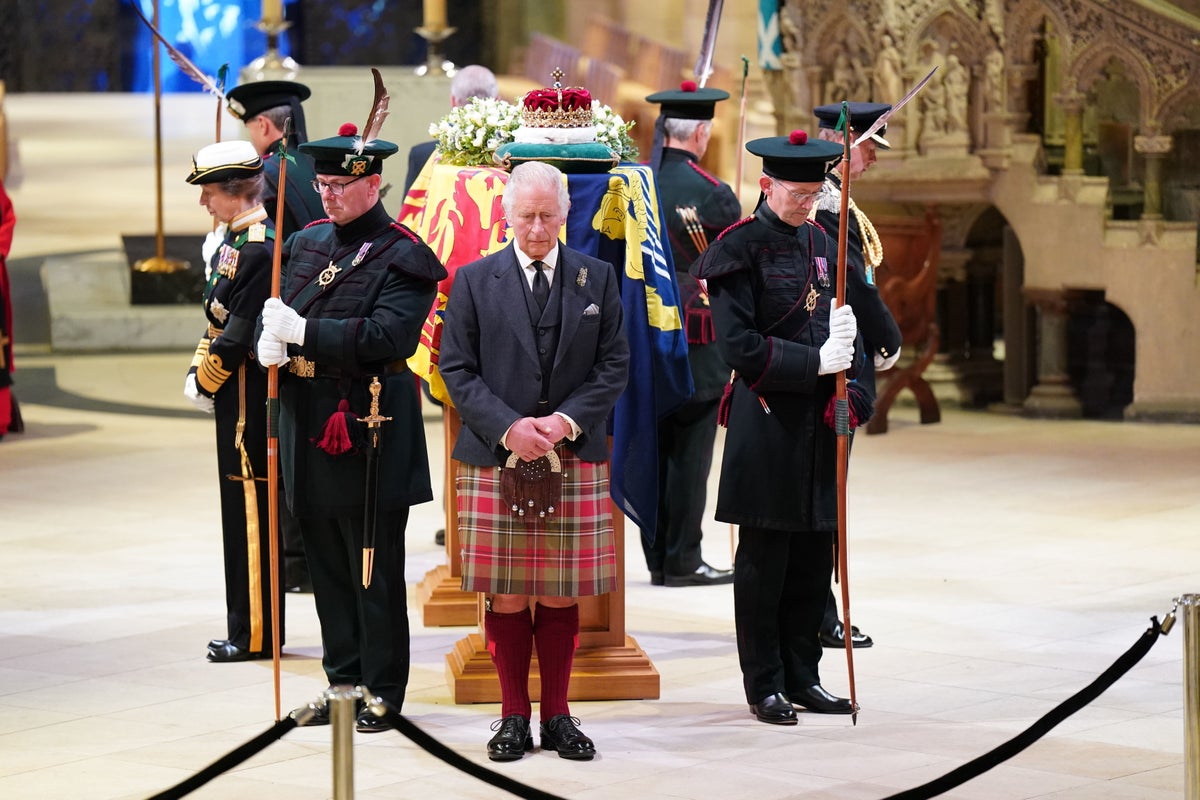 Princess Anne has made history by becoming the first royal woman to take part in the Vigil of the Princes, which has until now been carried out by male members of the royal family.

On Monday (12 August), all four of Queen Elizabeth II’s children gathered around her coffin for a vigil inside the St Giles’ Cathedral in Edinburgh.

Princess Anne wore her navy ceremonial uniform for the event.

During the ceremony, King Charles III and his siblings – the Princess Royal, the Duke of York and the Earl of Wessex – took their places at the four sides of the oak coffin, which was draped in the Lion Rampart and flag of St Andrew’s, and adorned with the Crown of Scotland.

They stood alongside four suited members of the Royal Company of Archers, who were standing guard while dressed in long-feathered hats and armed with arrows and quivers.

A queue that consisted of thousands of members of the public hoping to view the coffin on Monday evening was temporarily paused to allow the royals to take their places.

The new monarch and his family began their 10-minute vigil at the coffin at 7.46pm, with the Queen Consort and Countess of Wessex sitting on seats opposite.

Prince Andrew kept his eyes closed for a period of time during the Vigil of Princes, while Princes Anne and Prince Edward had their eyes fixed towards the floor.

The King kept his hands joined and also looked towards the floor as members of the public filed past.