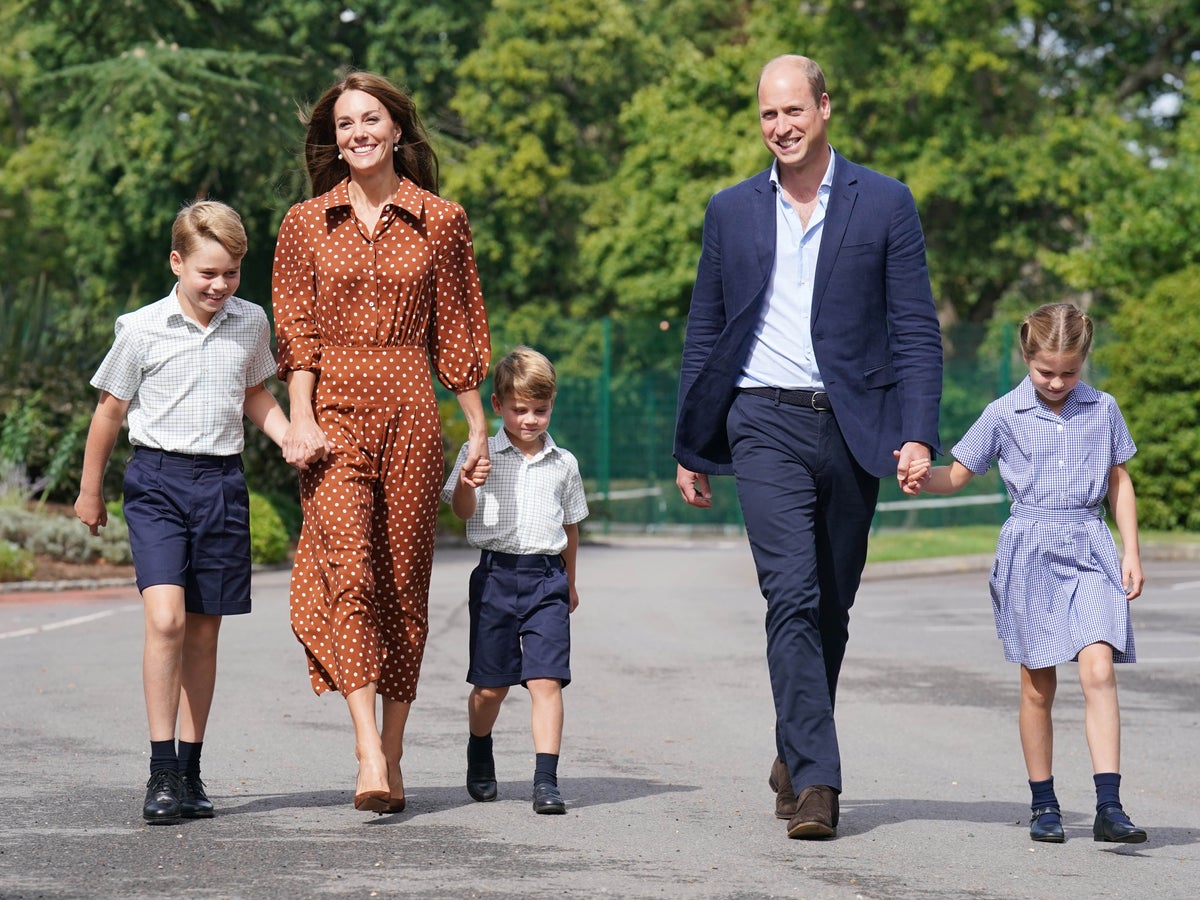 As the Prince and Princess of Wales met with mourners at Sandringham House on Thursday, Princess Kate kept her children in mind and shared an update on their new school.

Prince William and Kate Middleton made their first solo outing as the Prince and Princess of Wales when they visited the Norfolk estate to view the sea of floral tributes left in honour of Queen Elizabeth II.

While greeting well-wishers outside the Norwich Gates of Sandringham House, Kate spoke about how her three children – Prince Louis, nine, Princess Charlotte, seven, and Prince Louis, four – are adjusting to Lambrook School.

“Kate said the children have settled in nicely with their new school and have new friends,” said Lydia Bailey, who lives nearby in Heacham, according to People.

The Cambridge siblings began their first week at Lambrook School in Berkshire on Thursday, the same day that their great-grandmother had passed. George, Charlotte, and Louis were reportedly “excited” to all be going to the same school for the first time.

Their parents, the Duke and Duchess of Cambridge and Cornwall, accompanied their three children before the first day of full-term for a 90-minute settling-in session for new pupils and their families.

During the couple’s outing at the Sandringham estate on Thursday, Prince William reportedly opened up to one mourner about how “overwhelmed” he felt by the outpouring of support, while Kate said that she couldn’t read all the cards left for the Queen for fear of crying.

At one moment, the prince revealed that walking in the Queen’s coffin procession to Westminster Hall on Wednesday was “challenging” because it “brought back a few memories” of his mother Princess Diana’s death.

On 15 September, Prince William walked alongside his brother, Prince Harry, and his father, King Charles III, during Queen Elizabeth II’s procession from Buckingham Palace to Westminster Hall at the House of Parliament, where the queen will lie in state until her funeral on Monday.

The procession reminded many royal watchers of the moment when Prince William and Prince Harry walked behind their mother’s casket almost exactly 25 years ago. Prince William was just 15 years old when Diana, Princess of Wales was killed in 1997 from a car crash in Paris, France.