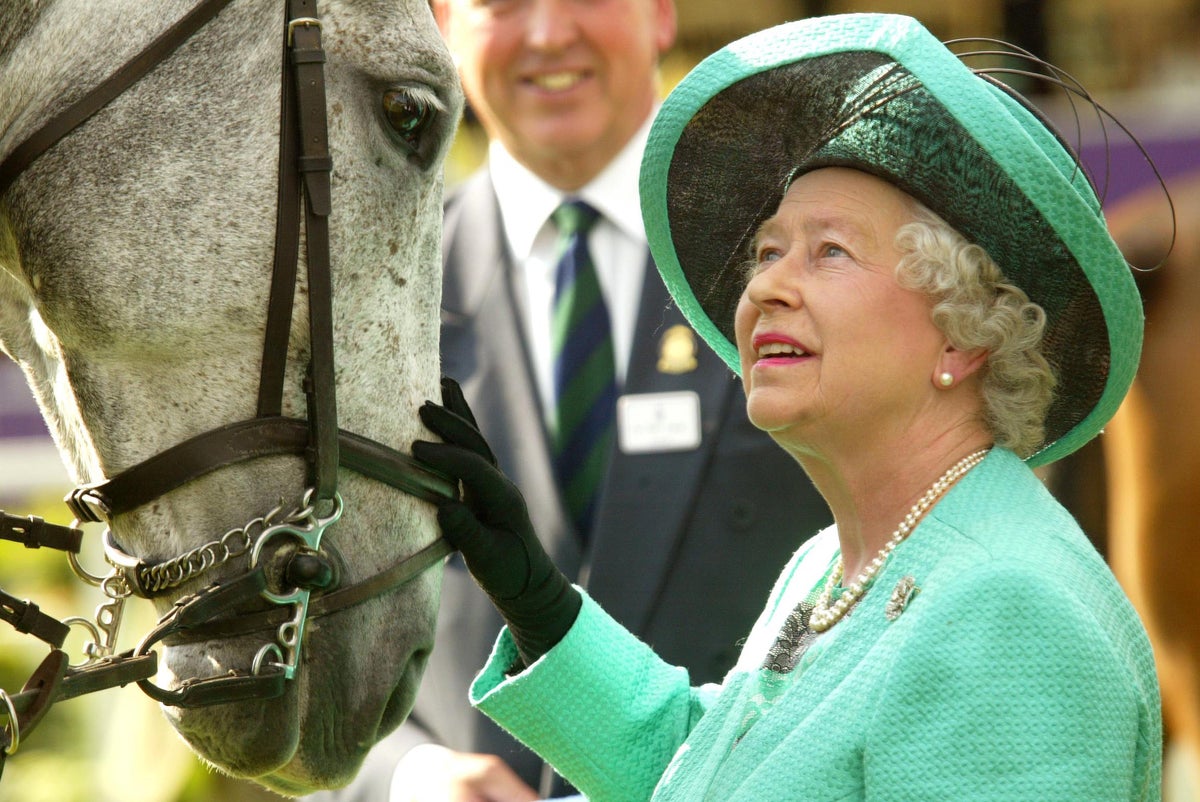 Queen Elizabeth II’s horse trainer and close friend has opened up about being overcome with emotion during the late monarch’s committal service at St George’s Chapel in Windsor Castle.

On Monday, Monty Roberts, from California, joined royals and dignitaries from all over the world, and members of the Queen’s Household, for the service, which took place after the Queen’s state funeral service at Westminster Abbey.

According to Roberts, who formed a friendship with the Queen more than 35 years ago, after she first learned of his gentle horse-training methods, and who spoke to People after the service, he had “never seen” Windsor Castle like he did during the British ruler’s funeral.

“I’ve spent a lot of time at Windsor Castle. But I’ve never seen it like that. It was just a different world,” he said.

As the 87 year old prepared to witness his longtime friend’s funeral, Roberts said he worried he would be “emotionally disturbed” or cry during the service, which he described as “reverent”. However, he told People that, when the Queen’s coffin was brought into St George’s, he couldn’t help but display his emotions.

“When they brought in the coffin I stood up and told myself ‘you’re not going to cry,’” he recalled. “Then it hit me and the water just started running out of my eyes. I thought: ‘What is this?’ It was really tough on me.”

According to Roberts, who noted that he hadn’t been prepared for his emotional response, he asked a surgeon friend who had also been in attendance about his reaction after the funeral was over, at which point he learned that his reaction was likely caused by “inner sadness or anxiety”.

He said the surgeon told him: “We’ve learned about that. It’s inner sadness or anxiety that you couldn’t hide – and the water just runs straight out without you gasping or crying in the usual way.”

The medical explanation for his response to the service ultimately made the horse trainer feel better, as he told People: “He made me feel a lot better because I do have inner sadness.”

While speaking to the outlet about the Queen’s funeral, Roberts also spoke highly of the monarch’s horse groomer Terry Pendry, who was widely praised after he was seen accompanying the late ruler’s beloved horse, Carltonlima Emma, as she bid farewell.

During the emotional moment, Pendry accompanied the black fell pony, nicknamed Emma, as she stood on the grounds wearing the monarch’s head scarf draped on her saddle as the Queen’s coffin made its way up the Long Walk to St George’s Chapel.

“He has been such an incredible asset to her life and stable,” Roberts said of the Queen’s head groom, who held the position for the past 25 years. “I don’t know how Terry did it today. He was as good as gold. He hosted us afterward and he was okay. He was smiling and laughing – he’s handled it very well.”

As for his own relationship to the Queen, the pair first met in the 1980s after the monarch learned about Roberts’ horse-training methods. While speaking to USAToday about their friendship, Roberts said that he’d make half a dozen trips each year to advise the Queen on her horses, and that he and the monarch would often talk on the phone.

“She called me on the phone directly a few times,” Roberts said. “Though most of the time I called her. That was the arrangement. I called about 200 times. Not one was rejected. Once I got pretty close, though. She was in Northern Ireland at the time. While an aide was telling me she couldn’t take the call, I heard her in the background saying: ‘Is that Monty?’ Well, she immediately got on the line and said her meeting had ended.”