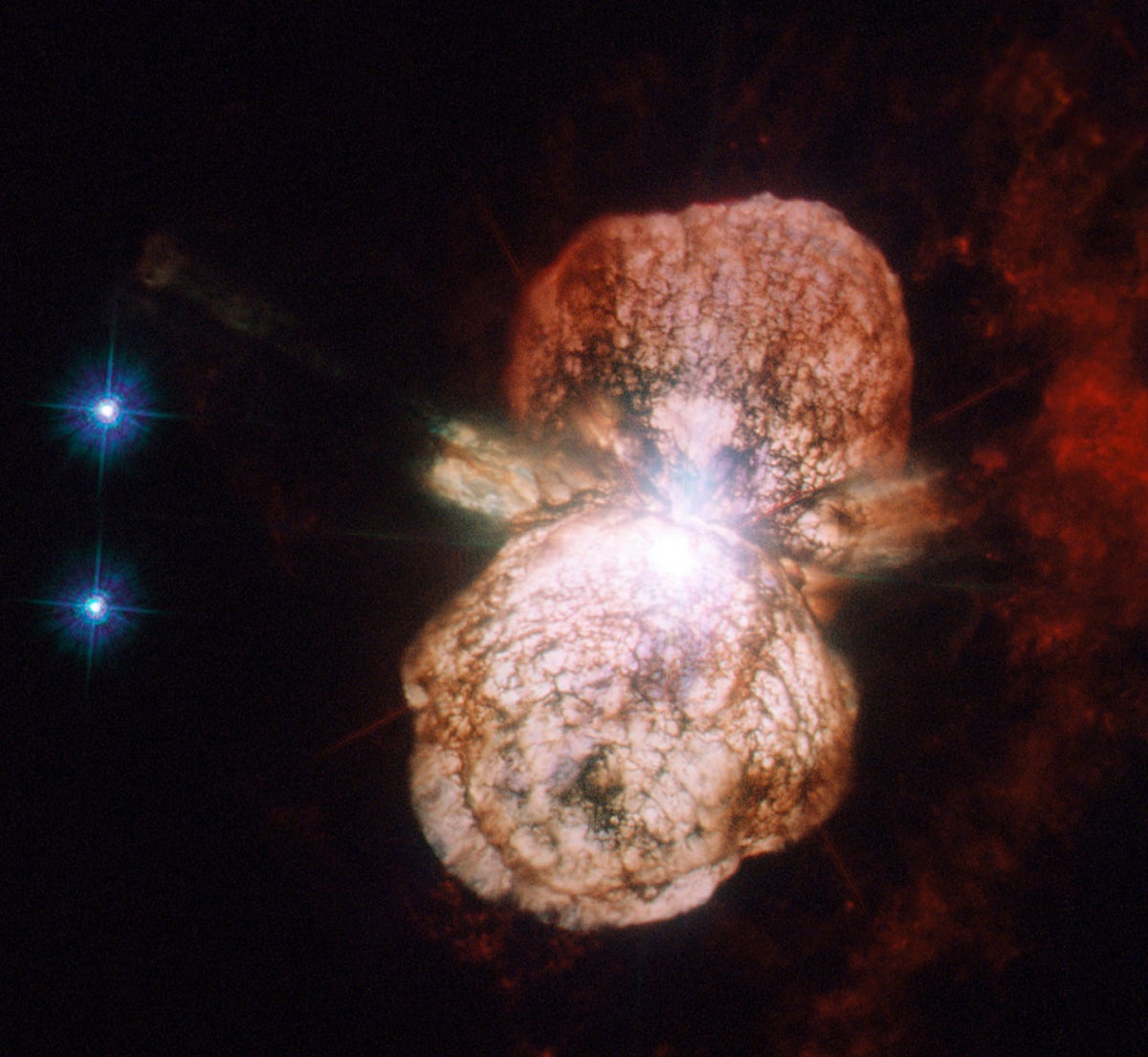 A new understanding of the last days of supergiant stars may have given scientists the clues they need to predict when those stars will go supernova, collapsing in some of the largest explosions known in the universe.

Scientists already knew that red supergiant stars nearing the end of their lives have large amounts of expelled dust and gas known as circumstellar material, or CSM, in orbit around them near the time they explode and die. What wasn’t known was if this CSM was blown out from the star over a long period leading up to its fiery death, or if it was expelled in a large and sudden cough just before going supernova.

Now in a new paper accepted for publication in the Monthly Notices of the Royal Astronomical Society and currently available on the academic paper preprint service Arxiv, researchers from the University of Liverpool, in the UK, and the University of Montpellier, in France, have shown that it is the latter — dying stars must cough up the CSM close to their deaths, and so the appearance of that material could serve as an early warning sign of their coming demise.

“Whatever the mechanism for generating this CSM, it must do it on a very rapid timescale,” the researchers write in the paper. “Specifically, the build-up of the CSM must happen within a year of core-collapse.”

Core-collapse supernovae occur in stars eight times as massive as the Sun or larger, typically red supergiants such as Betelgeuse. Found around 640 light years from Earth in the constellation Orion, Betelgeuse is about 11 times more massive than the Sun, and if centered in our Solar System, would stretch out to the orbit of Jupiter.

All stars produce light and energy by fusing lighter elements into heavier ones. Stars like the Sun primarily fuse hydrogen into helium, but some stars, especially very large ones, can continue to fuse heavier elements such as oxygen and silicon, until eventually they have fused almost all of their fuel into iron.

Even with the tremendous heat and pressure available at the heart of a red supergiant star, iron cannot be fused into heavier elements, and the star’s thermonuclear fires dimmed, it can no longer push outward with enough force to overcome its own gravity: The star collapses in on itself, triggering a massive supernova explosion.

The researchers looked at the before and after photos of a certain type of supernova, the Type IIp, which stay bright in the sky longer than other such explosions. What they found in all their examples was a large amount of CSM present prior to the supernova, but they did not see significant dimming of the stars years in advance, ruling out the possibility that the CSM had accumulated over a longer period of time.

That means that for super red giants like Betelgeuse at least, a major build up of CSM could be a warning sign that a cataclysm is on the way.