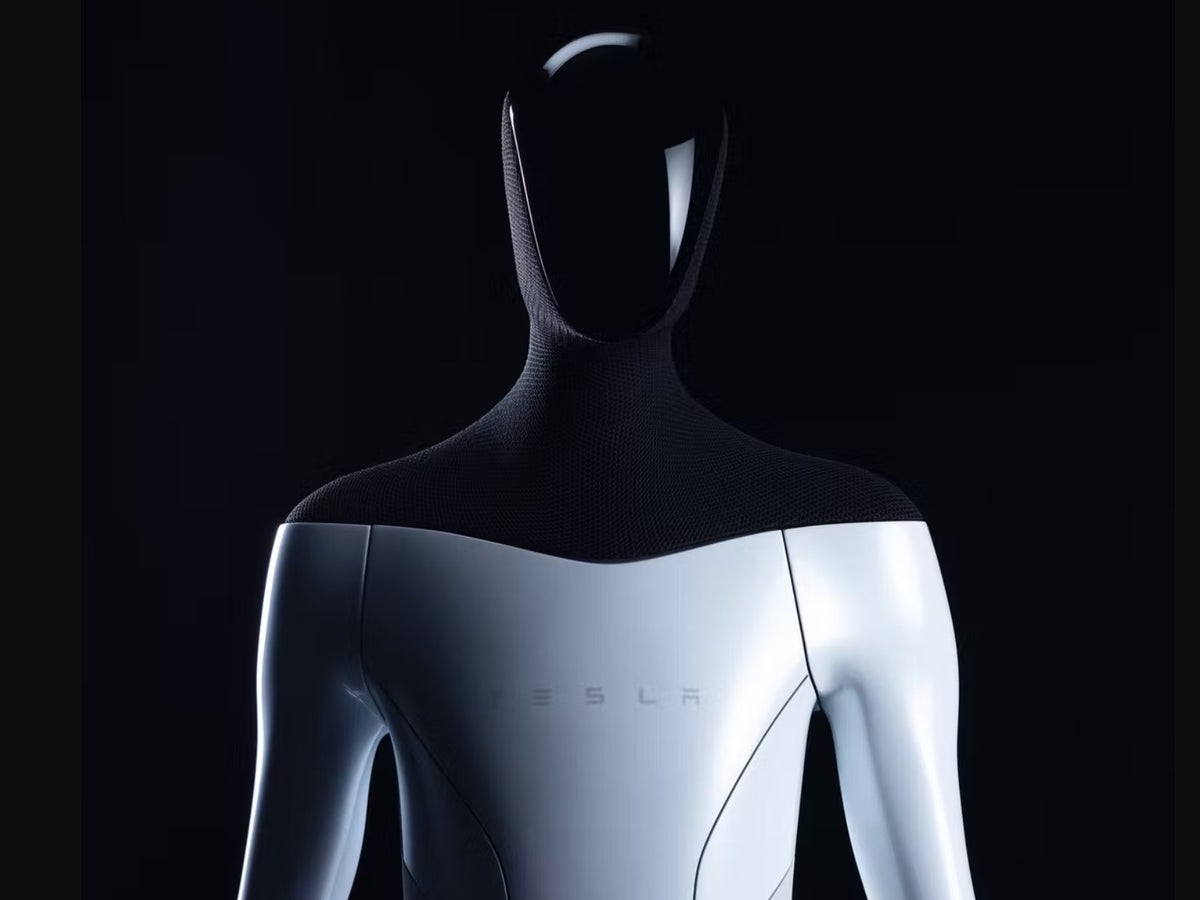 Tesla is preparing to unveil an AI-powered humanoid robot that it hopes could transform factories, workplaces and homes around the world.

CEO Elon Musk will reveal the first prototype of the Tesla Optimus bot at the company’s annual AI Day on 30 September.

Mr Musk has previously blamed overreliance on factory robots for sending the electric carmaker to “production hell” four years ago, saying humans were better at certain jobs, however Tesla is now having more internal meetings on robots, a person familiar with the matter said.

Longer term, Mr Musk said at a TED Talk robots could be used in homes, making dinner, mowing the lawn and caring for the elderly people, and even becoming a “buddy” or a “catgirl” sex partner.

The robot business eventually may be worth more than Tesla’s car revenue, according to Musk, who is now touting a vision for the company that goes well beyond making self-driving electric vehicles.

The name Optimus is an allusion to the powerful and benevolent leader of the Autobots in the Transformers series. Production could start next year, Musk said.

Tesla faces skepticism that it can show technological advances that would justify the expense of “general purpose” robots in factories, homes and elsewhere, according to robotics experts, investors and analysts.

Tesla already employs hundreds of robots designed for specific jobs for production of its cars.

Humanoid robots have been in development for decades by Honda and Hyundai’s Boston Dynamics unit. Like self-driving cars, the robots have trouble with unpredictable situations.

“Self-driving cars weren’t really proved to be as easy as anyone thought. And it’s the same way with humanoid robots to some extent,” said Shaun Azimi, the lead of Nasa’s Dexterous Robotics Team.

“If something unexpected happens, being flexible and robust to those kinds of changes is very difficult.”

Mr Musk’s robots may be able to demonstrate basic capabilities at the event, but it would be hard for them to impress public expectations of robots that are as capable as humans, experts say.

To succeed, Tesla will need to show robots doing multiple, unscripted actions, said Nancy Cooke, a professor in human systems engineering at Arizona State University. Such proof could provide a boost to Tesla stock, which is down 25 per cent from its 2021 peak.

“If he just gets the robot to walk around, or he gets the robots to dance, that’s already been done. That’s not that impressive,” she said.

Tesla did not respond to request for comments, but Mr Musk in the past proved skeptics wrong, jump-starting the electric car market and building a rocket company, SpaceX, although some product launches were behind schedule.

Initially, Optimus will perform boring or dangerous jobs, including moving parts around its factories, according to Mr Musk.

Mr Musk acknowledged that humanoid robots do not have enough intelligence to navigate the real world without being explicitly instructed.

But he said Tesla can leverage its expertise in AI and key components to develop and produce smart, yet less expensive, humanoid robots at scale.

He tweeted on Monday that its Autopilot team is also working on its Optimus robot, when asked about fixes of what it calls Full Self-Driving beta – a test version of its new automated driving software.

Tesla is on hiring spree for people to work on humanoid bi-pedal robots, with about 20 job postings on “Tesla Bot” including jobs for designing key robot parts like “actuators”.

“The code you will write will at term run in millions of humanoid robots across the world, and will therefore be held to high quality standards,” one of the job postings said.

Tesla has over 2 million vehicles on the road.

“Certainly, an important measure of success is do they make money from it,” he said, referring to Tesla’s humanoid robot efforts.

Analysts see more pageant than product. “It’s all part of distracting people and giving them the next shiny object to chase after,” Guidehouse Insights analyst Sam Abuelsamid said.

“Investors are not excited about Optimus,” said Gene Munster, managing partner at venture capital firm Loup Ventures, which holds Tesla stocks. “It’s just such a low probability that it works at scale,” he said, saying it is “infinitely harder than self-driving cars.”

And then there is Mr Musk’s own experience with robots in the factory. During the 2018 production hell, Mr Musk specifically noted the problems of the “fluff bot,” an assembly robot that failed to perform simple tasks that human hands can do – picking up pieces of “fluff” and placing them on batteries.

He said the cost of having technicians maintain the complicated robot far exceeded that of hiring someone to do the assembly.

The fluff bot is “a funny example but drives home the point that autonomy often doesn’t generalize well, and so handling soft fluffy material that isn’t as predictable as a rigid part was causing a huge problem,” Aaron Johnson, a mechanical engineering professor at Carnegie Mellon University, said.

“Human hands are way better at doing that,” Mr Musk said, while claiming that more advanced versions in the future will play a major role in the global economy.

“Essentially in the future, physical work will be a choice. If you want to do it you can, but you won’t need to do it,” Mr Musk said during the Tesla AI Day last August. “It has profound implications for the economy, given that the economy at its foundational level is labour.”