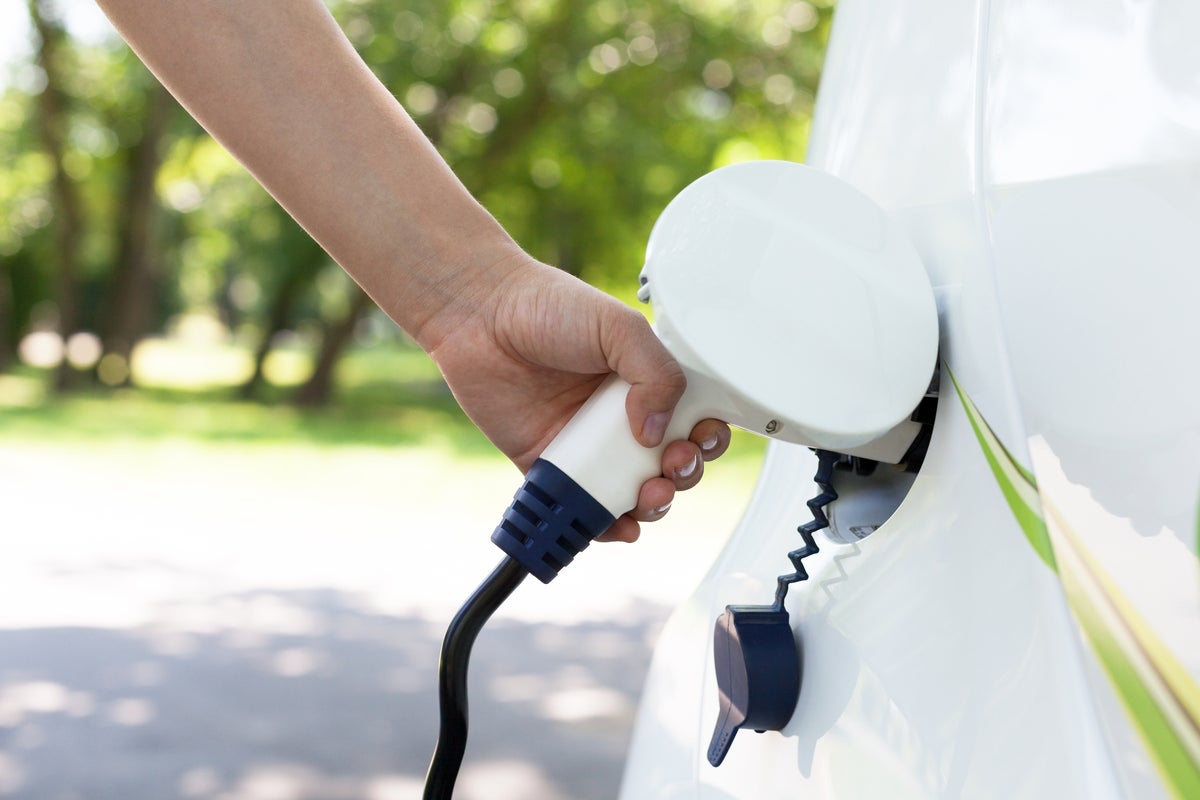 The electric revolution is officially here to stay: savvy drivers are increasingly investing in electric cars, which not only save on carbon emissions but also on soaring fuel costs.

With the average price of electricity in the UK around 34p per kWh from 1 October, compared to around 165.75p per litre for petrol and 181.93p per litre for diesel (according to the RAC), a previous study by USwitch found that UK drivers spend an average of £1,153 on fuel every year, compared to just £309.65 per year for electric car owners to charge their vehicle – an annual saving of £843.35.

EVs are lighter on the pocket when it comes to tax, too. Road tax is calculated based on vehicles’ CO2 tailpipe emissions, as well as their year of registration and list price. Emitting zero CO2 means fully electric cars are exempt from Vehicle Excise Duty (VED), aka Road Tax. It can add up to a big saving compared to petrol and diesel cars, where Road Tax can cost up to £2,365 in the first year of ownership, and up to £165 for every subsequent year.

And then there are clean air zones – pollution-reducing schemes and initatives in the UK where cars are charged when entering certain areas, with the cost based on how polluting the vehicle is. They’re often found at the centre of big cities, including London’s Ultra Low Emission Zone (ULEZ), which now covers all areas within the North and South Circular Roads and costs £12.50 a day for vehicles that don’t meet the ULEZ emissions standards. Going electric means being automatically exempt from these extra fees, so you’re able to breeze through clean air zones without a second thought.

Already have an EV or thinking about upgrading to one? You can charge your vehicle at your own convenience with an EV home charger.

Should I get an EV home charger?

If you have an EV or you’re considering purchasing one in the near future, having your own charge point at home can have substantial benefits.

Having an EV charger installed is unbeatable when it comes to convenience. It allows you to charge at home anytime, taking the guesswork out of when and where you’ll be able to juice up your car and eliminating the stress of having to scour spots along the daily commute to plug into.

Plus, a specific EV charger can power up your vehicle up to three times faster than a standard three-pin plug and socket.

Save on your energy bill

Another benefit of charging at home is avoiding coughing up for some potentially expensive public charge points.

And you can save even more when buying an EV charger from ScottishPower right now – they’re offering £50 off home chargers until 26 October, plus a whole year’s “out of charge” service from the AA thrown in for those who buy before 31 October. This handy service means the AA will pick up customers free of charge and take them to the nearest charge point or their home if they ever run out of power on the road (offer terms and conditions apply).

ScottishPower offers chargers from leading manufacturers, with a high-quality nationwide installer network and post-install warranties, too.

Add value to your home

Even if you don’t yet have an EV, it might be worth considering installing a charger to add value to your home.

The UK government has set out a plan to ensure that, by 2030, new petrol and diesel cars will no longer be available for sale in the UK, plus has introduced legislation that requires most new homes to have an EV charge point installed.

According to a report from WWF-UK and ScottishPower, having an EV charger fitted could increase your home’s value by an average of between 2 and 2.75 per cent. It means that, in many cases, the initial cost of an EV charger (£999 with ScottishPower with the current £50 discount) could be returned four times over or more thanks to this nifty equity boost.

Make money on the side

You can even make money from installing a home charger by letting other EV drivers use it for a fee. You can do this by signing up to services like JustCharge or CoCharger, which let other EV drivers know that your charger is available to use and how much they’ll have to pay to use it.

Look after the environment

Added to the financial benefit, EVs are helping us all move towards much cleaner, environmentally friendly modes of transport. EVs produce no tailgate carbon emissions, meaning that by driving an EV, you’ll produce 2,000kg less carbon than an average petrol car travelling 6,700 miles per year.

So what are you waiting for? Save emissions and money by installing your own EV home charger today with ScottishPower.