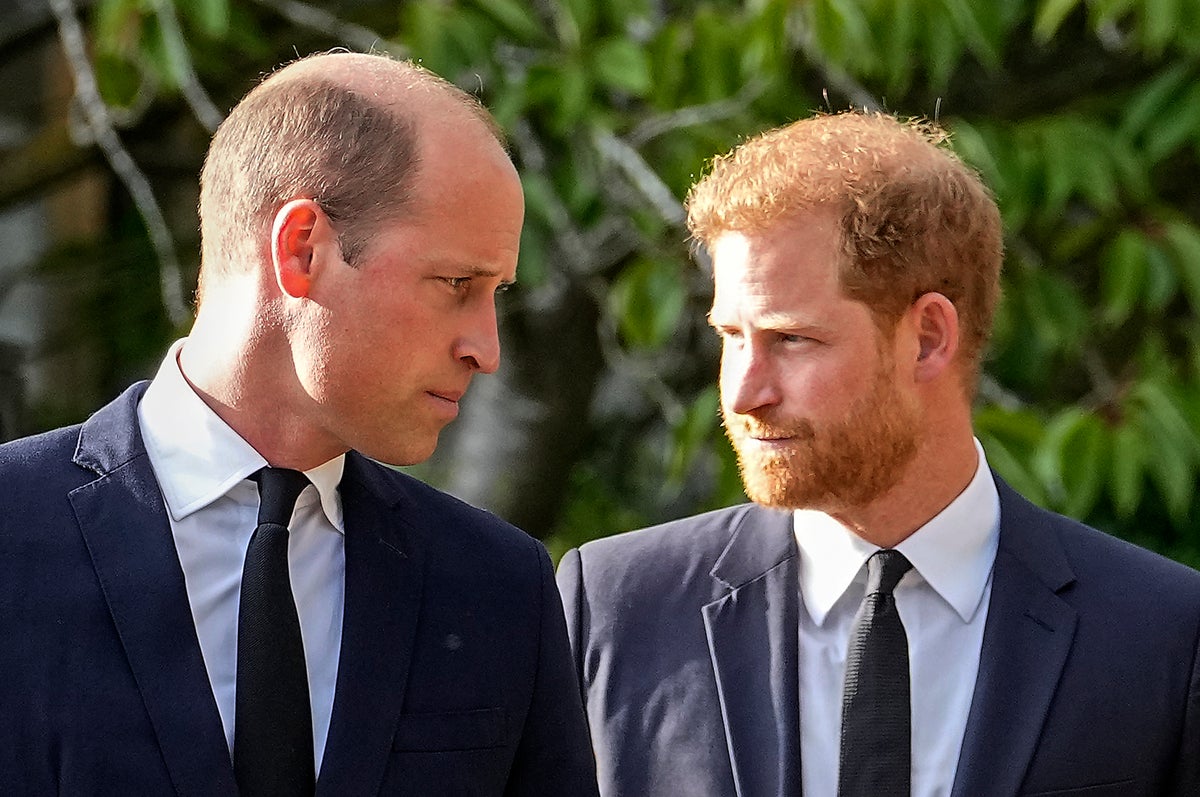 William, the Prince of Wales and his brother Harry, the Duke of Sussex, put on a united front on Saturday at Windsor.

The brothers stepped out with their wives, Kate, Princess of Wales, and Meghan, the Duchess of Sussex, to greet mourners and view floral tributes left for the Queen after the monarch died on 8 September.

While some experts have called the reunion between the brothers – who have reportedly been feuding since before Harry and Meghan stepped down as senior members of the royal family in 2020 – as an “important show of unity”, others have claimed that it’s not a sign their relationship being repaired.

“I don’t see this as a sign of repairing their relationship but I see it more as a symbolic gesture to show respect for both their late grandmother and their father, the new King,” royal author and lecturer at the University of London, Professor Pauline MacLaran, tells The Independent.

“William and Kate must be very mindful that anything they say is likely to be broadcast widely or be featured on an impending Netflix documentary. So until Harry and Meghan begin to say more positive things about the monarchy, and his memoir will be a particular test, I can’t see any deeper form of reconciliation between the brothers.”

Harry is set to release a “tell-all” memoir in the coming months, and Meghan recently sat down with The Cut for a wide-ranging interview.

MacLaran adds that the “cracks” appeared between Harry and Prince William’s relationship “more visibly” after Harry began dating Meghan and differences they had over their professional roles.

“It is always difficult for the second child of a monarch because they are without such a clearly defined role as their elder sibling and this can heighten the resentment and rivalry that is fairly normal between siblings anyway, MacLaran explains.

“However, apparently William advised Harry to take his time with Meghan and this was really where the cracks widened with Harry very much resenting the advice of his big brother.”

Harry and William’s relationship didn’t always appear to be so rocky. Their mother Diana Spencer died when they were children, which MacLaran says would have formed a “strong emotional bond between them”.

“This will certainly have been so at the time but does not mean that the effect is long-lasting,” she says, adding: “I think we can see that it was not, or at least not sufficient to hold them together.”

While neither of the brothers have admitted to a feud, Harry did say that his father, now King Charles III, “stopped taking his calls” after the pair moved to the US.

“I feel really let down. He’s been through something similar. He knows what pain feels like. I will always love him but there’s a lot of hurt that’s happened,” Harry told Oprah in the bombshell 2021 interview.

Harry and William last made a united front in July last year when they unveiled a statue of their late mother Diana in the grounds of Kensington Palace.

Other royal experts have described their outing together following the Queen’s death as an olive branch, and a show of unity.